Digitalization and Climate Protection: "Sustainability is part of our DNA."

In a few years, digital technologies could cause more emissions than air and car traffic combined. How do we counteract it and why can digitalization even be a booster in terms of sustainability? Valentina Daiber, director of legal and corporate affairs at Telefónica Germany, provides surprising figures and interesting insights 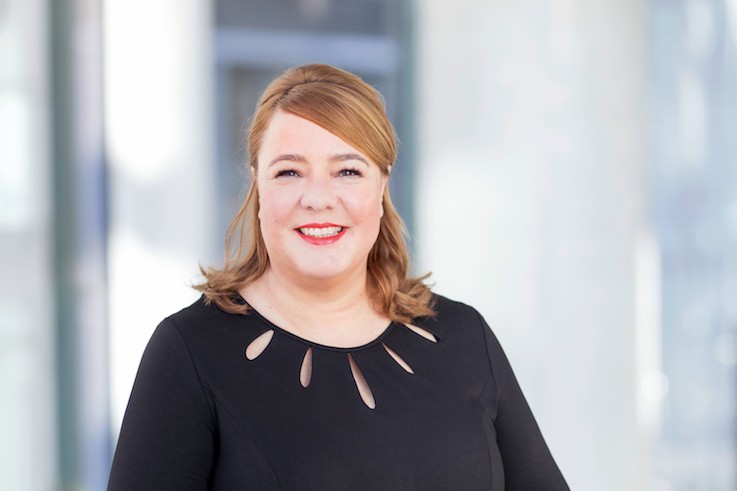 Everybody talks about flying, but even normal and seemingly harmless everyday activities such as watching Netflix cause relatively high emissions. To be honest, I was not aware of this to such an extent.

This is the case for many people, which certainly has something to do with the fact that this is a relatively new topic. We have seen an explosion in digital use in recent years. And that is reflected in the figures. All digital technologies together account for 3.7 percent of global greenhouse gas emissions. By way of comparison, air traffic accounted for two percent of emissions in 2018. There are studies that anticipate that this could even rise to more than eight percent by 2025. And that even exceeds the share of cars and motorcycles.

Why is this so chronically underestimated?

You have to take everything into account, not just use. To come back to the example of Netflix – one hour of streaming corresponds to the energy balance of a four-kilometer journey in an electric car. Not only the streaming itself is taken into account, but also the production of the device, the energy consumption for the server services, storage, and the delivery of the data. This is a huge complex. Most people are not at all aware that the digital industry is also a big energy guzzler, to put it bluntly. The entire network infrastructure in Germany consumes about 55 terawatt hours a year. An unimaginably large number. We want to draw attention to this topic and make people aware of it. When we talk about the positive effects of digitalization – which in my opinion clearly outweigh them – we also have to talk about the downsides. That is part of a differentiated picture.

When we talk about the positive effects of digitalization – which in my opinion clearly outweigh them – we also have to talk about the downsides. That is part of a differentiated picture.

What motivates you as a company to get involved in this?

For us, it is part of our identity to have sustainability rooted in the company's DNA. This can also be seen in the company's goals. Our Responsible Business Plan includes that we set ourselves sustainability goals along the value chain across all areas. We believe that as a responsible company you have to think about the impact of your business activities on people and the environment. The issue of the environment has been with us for some time now. Several years ago, our Spanish parent company made a clear commitment to climate protection and implemented appropriate measures. One of the latest initiatives, for example, is the "Business Ambition for 1.5° C" alliance, in which we have set ourselves the goal of protecting the climate together with the United Nations. Sustainability is therefore not only anchored at Telefónica Germany, but also in our global self-image.

What points does Telefónica specifically address?

For example, we have switched completely to renewable energies and have been using green electricity since 2016. And it's about resources, because protecting the climate means conserving resources. We have had a recycling program for old appliances since 2000. In 2018, we collected 58,374 old cell phones, 57,015 of which were disposed of properly, 1,359 were recycled and have started a second life. I think these are impressive figures. It also shows that it is important to people. A second point is plastic reduction. We have reduced the size of the SIM card holder to a minimum, saving 17 tonnes of plastic waste. These are all small measures, but in the end they still have a big lever. The second pillar is that we also want to reduce our own energy consumption. For example, we use what is known as "smart meter technology". This means that the mobile radio stations are equipped with intelligent technology and communicate with each other. Of course, this also has positive effects on our network management, energy can be used more efficiently and consumption can be reduced accordingly...

...which in turn is a good example of how energy can be saved through digitalization.

Exactly. That's why data analytics is so important to us. And I am particularly pleased that it is also young women who work in this area with us. When you finish school, you don't say, “I want to become a data scientist.” This is not a job description that you necessarily have in mind. That's why it's so important to talk about it. And I believe that women in particular can be inspired when they see social benefit. It's always nice to have a job where you can make a difference. And by evaluating large amounts of data, for example, traffic can be optimally regulated and congestion avoided.

If you now look inwards, into the company, what have you changed there?

Our high-rise building is connected to a building control system that controls the lighting systems so that the lights don't burn unnecessarily. We have also introduced desk sharing. This has enabled us to close an additional location and accommodate all employees in the tower, which resulted in us saving more than 6,300 megawatt hours of energy in 2018. The parking spaces are also shared and booked by app. This saves resources because the space is used and there is hardly any vacancy. In the beginning, of course, it was a change to no longer have a permanent workplace and not be able to leave your things everywhere. Ultimately, however, it turned out to have a positive effect on team building, if only by sitting next to a different colleague every day, getting to know each other better, and exchanging ideas.

How do you get people on board with you, how do you convince them of such concepts?

If we look back over the last few years, social standards have changed. A company of our size is expected to make a corresponding commitment – and so are investors. We are listed on the stock exchange and naturally are interested in being seen and appreciated by this group of investors. At the same time, the whole thing is also working in the direction of employees. We believe – and this is also the feedback we receive – that all these activities are suitable for increasing motivation, pride in the company, and thus for strengthening people's loyalty to the company. And also to find young employees for whom this topic is becoming increasingly important. This can be seen in the number of people taking to the streets at Fridays for Future. If we want to attract young people in the future, then that is certainly a factor that favors this. It is not completely selfless now, but also has factors of economic relevance.

If we look back over the last few years, social standards have changed. A company of our size is expected to make a corresponding commitment – and so are investors.

That has changed rapidly. Just a few years ago, the young generation was considered apolitical and sluggish.

Yes, I find this development super exciting. We worked for many years with the "Deutsche Kinder- und Jugendstiftung" as part of the "Think Big" program. In 2010, we were still told that young people had little interest in politics or socially relevant issues. They were lethargic and had to be brought out of this lethargy. I don't think people would say that again today.

We have talked a lot about corporate responsibility. What can each individual do?

I think it is a matter of critically reviewing their behavior. And to make conscious decisions. Do I fly? Do I take the train? In a company, you can make a relatively large difference with small resources, which I have already mentioned. The best example is a well-functioning video conferencing system to reduce travel. So you can create incentives. And you have to come up with something. Therefore, last example: we changed the printer technology and installed devices that don't print immediately, but save the print job. You have to go there again and finally trigger the print job with a card. What happened? Paper consumption has been reduced by almost a quarter. Last year alone, for example, 24 tons of paper were saved.

Topic: Climate Killer or Climate Saver - How Sustainable is Digitalization?

Livestream on www.Basecamp.digital starting at 7 pm