“Parental skills are leadership skills” – Dr. Ricarda Engelmeier created a thrilling business model and started her company ‘MyCollective’, where she aims to empower women in the most critical phase of their careers 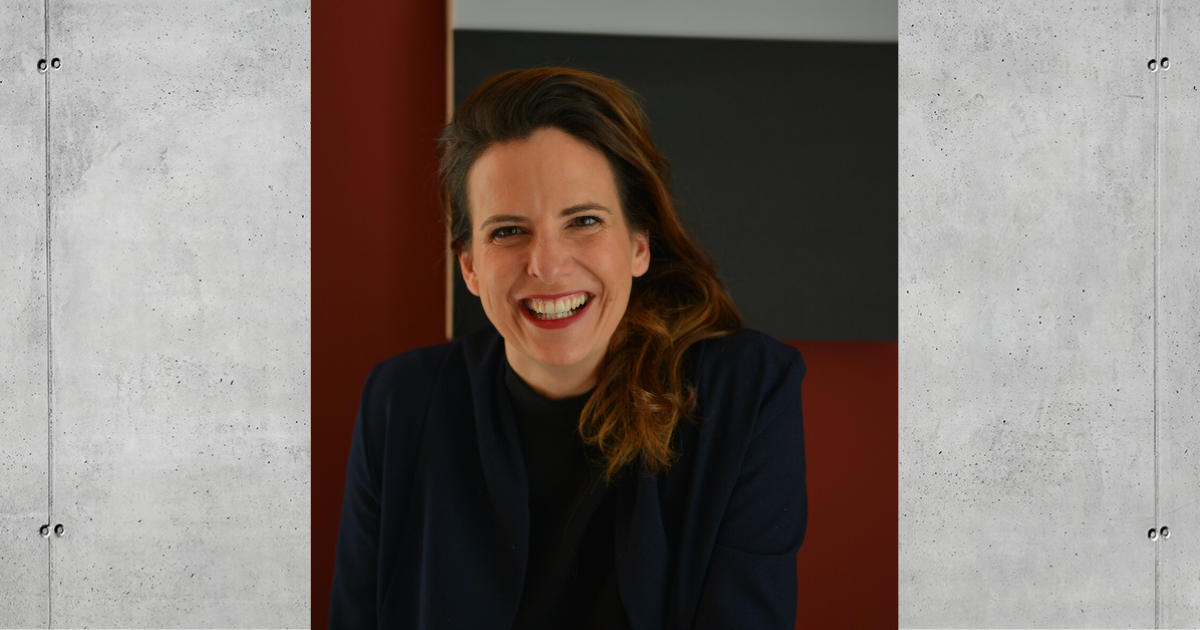 How did you come up with the idea to start ‘MyCollective’?

I lived in India and worked for GIZ in the sustainability sector. I also helped to initiate some social businesses and in the end I built an institute, the ‘Center for Responsible Business’. During this time I had my first two children. I took some time off, of course, but a longer break, in the sense of a real parental leave, was not possible. Back in Germany I worked in a corporate setting at Siemens. Child number three announced his arrival. Almost all of my female colleagues took parental leave, which commonly was one year. I thought: When in Rome, do as the Romans do – and also took maternal leave. There was a key moment: I walked through the city with the baby carriage and a coffee to go, as you do, and saw all the other women with baby carriages. What a human capital is walking around the streets of Munich at ten in the morning! That raised economic questions for me as to whether a society can or wants to afford it. However, what’s more important are the individual questions that women deal with. They are usually quite happy to spend time with their baby. At the same time they are completely intellectually underchallenged. This imbalance is sometimes difficult to bear, especially for women who have invested a lot of energy in their career and who have identified strongly with their job and skills. Finally, there is the business management component. Companies, especially in technical and engineering fields, have difficulties filling the pipeline and finding enough women at all. As a result, these women break away from them, especially when they start a family. On the other hand, the quota is pressing. And even for those companies, for which there is no binding quota, the demands for more transparency are increasing. In order to fill supervisory board positions accordingly, women can theoretically be recruited from abroad. But management levels 1, 2 and 3 have to be ‘homegrown’, and the talent pool is often lacking this. And that’s exactly where ‘MyCollective’ comes in.

About
Dr. Ricarda Engelmeier's academic background is in politics and economics with a Bachelor and Master at UCL and LSE in the UK and in business administration with a PhD in Germany. Ricarda started her career in a strategy consultancy in Germany and then joined GIZ in India. Based out of New Delhi, she worked for seven years on impact driven business models in Asia, resulting in the setup of an independent institution for responsible business. She then joined the Siemens AG in corporate strategy in Munich, focusing on sustainability and eventually founded MyCollective during her own parental leave.

What is the main concept of ‘MyCollective’?

Our program is based on three pillars: Connect, empower and inspire. And ‘connect’ is exactly that: We connect peers in the industry. In other words: These women act as role models and encourage each other. This is enormously important, because during parental leave the professional network is suddenly gone and the private one dominates. The famous playground mothers do not necessarily hold back with their opinions. Parental leave in particular, is a trend-setting phase: It is during this time that it is decided whether women want to stay on the career track or not. And that's why it's important to connect them with others, who have already gone down this path, with ‘Real World Role Models’. Eventually, which is part of the program, they themselves return to the network to inspire the women who follow. In the ‘Empower’ part, we look at what you learn on parental leave and how you can translate that into leadership skills. In fact, parental skills are leadership skills. We call this ‘Converting Parenting Skills Into Leadership Skills’. We have developed a kind of matrix and derived six modules from it, ranging from communication and relationship management to effective time management, the so-called ‘Art of Letting Loose’. To be successful, you not only have to be able to organize and prioritize well, but also to let go. The third section – ‘Inspire’ is the fun part. We've developed a kind of Tinder. That means we match specific skills of women with start-ups in the impact field. They work pro bono as mentors and in return they get innovative entrepreneurial spirit, which they then bring back to their corporations. You have to think of it as a ‘Sounding Board’ of the industry. For example, the start-ups receive input for a pitch and, in phase two, a real hands-on mentoring.

Which corporates are involved so far?

The Company
MyCollective is a platform for female leaders during and post parental leave. This platform connects them during this critical point in a career with peers across the industry and empowers them through trainings converting parenting skills into leadership skills. The women are also introduced into the world of impact-oriented start-ups and act as pro-bono mentors in this dynamic and purpose driven field. This allows women to not only come back with a strong network as a backbone and upgraded skills, but also to return inspired and filled with an innovative and entrepreneurial spirit – the female leaders companies need.

What is the most important thing these women are taking away with them?

Self-confidence. Many come back from maternal leave rather cowered and think: Hopefully nobody will notice that I am "half brain, half capacity". And that's exactly what the training and individual coaching for your own Elevator Pitch are for. The first conversation with the boss before returning must be a success. It is also important how to approach colleagues. There are two possibilities. One is in a defensive state, according to the motto: “I haven't slept for a year, I've gained a few kilos and I have only diapers on my mind”. Or you exude self-confidence, because you know that you’ve learned a lot. You’ve met great women who have strengthened you, you have done trainings, continued your education and worked with exciting innovations in start-ups.

Actually, one could also imagine that such programs are set up or at least supported by the state...

I honestly haven't thought about it. I'm more private sector oriented. Whether it's the women's quota, diversity or sustainability, the important thing is that companies see added value, and only then can sustainable change in the company occur.

What distinguishes ‘MyCollective’ from other women's networks?

Basically, it is beneficial when women meet and exchange ideas, as they generally have too few networks. But if the only thing they have in common is that they are women, then it is not necessarily conducive to achieving more management positions. And that is exactly what I want to accomplish. If there are more women in management levels, then they will also support women who succeed them and, ideally, also those who have children. It was recently shown how important this is with a study conducted by the Bertelsmann Foundation on the subject of ‘Motherhood Lifetime Penalty’.

What will Corona change? Could it also be a chance for women to claim their rightful share? This was discussed quite controversially.

This is difficult to answer. The article by Julia Jäkel, right at the beginning of the crisis, about the sudden absence of women in crisis management bodies has been stirring. In my environment in industry, but also in the world of start-ups, similar things were observed: Women were suddenly gone and no longer played a role in the decision-making process. When home and office hours were negotiated, they often lost out in partnerships. I see this as a missed opportunity. Particularly in emergency situations, it is easy to renegotiate and seeing children running around during video calls have been part of the ‘new normal’ for both partners since March. That's how I personally experienced the Corona period: My husband and I both worked and split up home schooling and home office. This way it's also more fun.

Anyway, the question is how much the state can dictate. In the end you have to negotiate the fifty-fifty split with your partner, don't you?

I don't know if everything always has to be 50-50. But both should be able to do their jobs and that the responsibility of childcare is not automatically allocated to women. An interesting concept, that is currently being discussed in Canada, is that of ‘Forced Second Parental Leave’. If both men and women take parental leave, it will solve all problems at once. Men are no longer preferred when hiring or promoting, because the ‘child risk’ is the same for all genders. Disadvantages, such as the ‘Pension Gap’ would thus be automatically eliminated. I would like us in Germany to also become more courageous and initiate lasting changes.