Talking Technology: Why Women Should Get More Involved

COVID, climate change, digital transformation: We have big tasks to tackle. Research, new technologies and diversity will help us achieve this, says Christine Regitz, Head of 'Women in Tech' at SAP. An interview about cultural change, the impact of women's networks, and the end of thought barriers 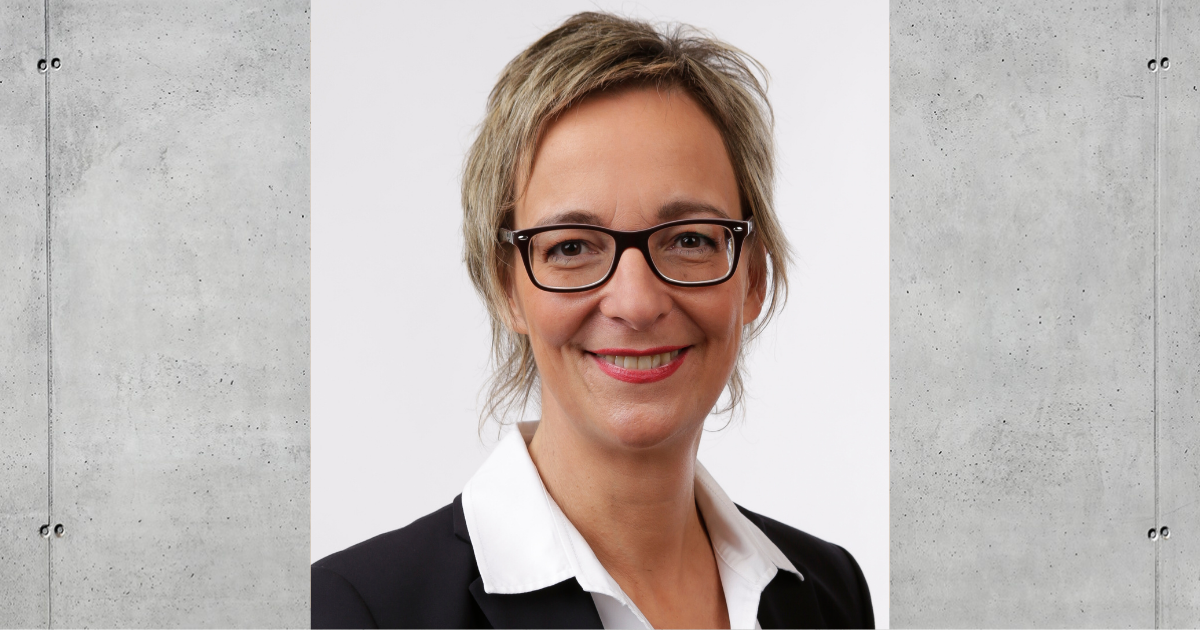 In 2006, you were one of the initiators of the Business Women's Network at SAP. At that time, such networks were still fairly new. What was the impulse?

The topic of gender was actually not yet on the political agenda of companies. We deliberately chose the name 'Business Women's Network' to make it clear that the focus was on the professional context. It was also important to us that our male colleagues saw it in the right context. Later, however, we also learned that some women had difficulty with the term, because they did not consider themselves 'business women'.

So, it is complicated. What was the vision, what did you want to achieve?

The overall goal was to initiate a cultural change with the 'Business Women's Network'. A primary goal was that women's careers should be promoted as one of the central tasks of the company. We created a classic business case to make it as transparent as possible. There was no real awareness of the problem. Many said: ‘SAP is a modern, progressive company, we don't have gender problems’. Only when the figures were on the table did it become clear, that we had hardly any women in leadership positions. That was the starting point to state: ‘We have to make sure that we have enough women at all levels’. The idea behind our networking was to make women and their competencies visible. To ensure that when there is a management position to fill, no one can claim that there is no suitable candidate. By the way, it is also about the external effect on applicants, so that SAP is perceived as an interesting employer, in the sense of an 'Employer of Choice', also for women.

What were the first steps?

We launched awareness workshops, both for men and women. The aim was to identify personal behavior patterns and stereotypical reservations. This workshop was a turning point for me and completely changed my view. Especially with regard to how we as women tend to evaluate other females. Men don’t do this as much. The second step was to professionalize women. We had invited the expert Dr. Marion Knaths to give talks on several occasions. She is very good at deciphering typical gestures of power, such as putting her hand on the shoulder of the other person. If you want to advance in your career, it is good to know these codes. Women usually instinctively reject them. But the business world works according to these principles.

Even though not all expectations have been met yet, a lot has happened in the last few years. What is your balance?

A lot has changed, indeed. The topic of gender diversity is now firmly established in our corporate agenda. Companies can no longer afford not to take the issue of gender diversity seriously. It is bad for the image and attractiveness of a company to be ranked with a 0 percent target quota on the black list of the 'AllBright Foundation'. The issue is highly political and that's a good thing. I also believe that the discussion has shifted, not least because there are now more men who support initiatives and programs such as ‘Business Women’s Network’. Change can only be achieved together.

You are a member of many associations and sit on the board of the 'Gesellschaft für Informatik' (‘Society for Informatics’). To what extent do these networks benefit your career?

I believe that women still organize themselves far too seldom in such associations and thus miss opportunities to position themselves professionally. The association work has helped me to become more self-confident. At the first board meeting of the 'Gesellschaft für Informatik' I was completely overwhelmed: the crème de la crème of German computer science professors sat there, all luminaries in their field. Of course, it took some effort to speak your mind in such meeting. But that quickly disappeared. You meet here on a different level. It’s a perfect space to try out and become more confident. You feel that you have an impact. An experience like that is important. You automatically radiate a different kind of self-assurance in your company. That's why I would definitely recommend young female colleagues to get involved in associations.

You have also been on the SAP Supervisory Board for five and a half years. What is special about experiencing a company in this context?

The exciting thing is the change of perspective beyond day-to-day business. You get to experience first-hand how a management board works and makes decisions. You suddenly understand the mechanics, the rules and regulations behind it. That was a steep learning curve for me. At the same time it is a comfortable position, because you stand on the sideline. To put it crudely, it's like soccer. We are the coaches. The team, on the other hand, guided by the board, has to implement the strategies and win the match.

What are the most important learnings?

You learn an incredible amount about politics. Whether you like it or not – it is important to understand the mechanisms. Anyone who wants to change something in a company must understand politics. It is always about representing certain interests. As a member of the supervisory board, for example, it is my job to ensure that SAP is successful in the long run. I base all my actions and decisions on this goal. Above all, it is also important to me that we play by fair rules that apply to everyone.

Another topic that drives you is technology. You recently became Head of ‘Women in Tech’ at SAP. What thrills you about it?

Through Corona we have repeatedly seen how fragile our world is and how quickly we have to and are able to adapt to changing circumstances. We also face major challenges such as climate change. Central issues like these can only be overcome with the help of technology. I believe in progress, and I believe particularly in technological progress. But I am also convinced that women should get more involved, in order to be able to represent their perspectives. Otherwise we leave the field to men to solve everything within their framework and with their consciousness. For this, it is important that we women develop a solid technical understanding, in order to bring in the female perspectives and needs. Our goal must therefore be to get girls excited about technical topics at an early age and to offer them thrilling opportunities. This does not mean that they must necessarily study physics or civil engineering. But it does mean winning them over to the tech industry as a whole and showing them how exciting it is. How many great, even completely different women work in this field. In my generation this was not so obvious.

Good keyword. How did you get into the tech sector?

I had physics and math as advanced courses, and computer science as a basic course. Today I would choose to study computer science, but at that time it was not an option for me. After graduating from high school I had no idea what I wanted to do, so I went to the student advisory service. When I told the counsellor that I wanted to study mathematics and what to do with it professionally, he had two ideas. One was to stay at university and pursue an academic career. That was out of the question for me. The other was to join an insurance company. He said they needed a lot of mathematicians, for example to calculate mortality tables. The subject of mathematics seemed literally dead for me. Mortality tables! Eventually, I studied business administration and then physics. The worst thing is, that when I talk to young women today, almost nothing has changed. But you can't blame the career counselors or the teachers for that. How would they know? They have a completely different everyday life and little insight into the modern working world.

What has to happen?

At some point in the future, I would like as many girls as possible to say with beaming eyes: I would like to work in the technology industry. The question is how we can achieve that. The challenge is that current figures show that we can no longer get girls of a certain age excited about technical subjects. Completely different topics are becoming more relevant, such as TikTok. I was hoping that 'Fridays for Future' could set something in motion. Unfortunately, I don't see that. This is more about prohibiting than enabling. Instead, we should be saying, ‘Let's think about how we can use research and new technologies to get a grip on this issue’. But that seems to be the general mood in this country at the moment and that doesn't solve our problems. This is something that stands out to me, especially because of my global role. Germany is highly hostile towards technology. I consider this to be a catastrophe! We will not be able to maintain our prosperity if we always propagate renunciation.

Germany is highly hostile towards technology. I consider this to be a catastrophe! We will not be able to maintain our prosperity if we always propagate renunciation

This can also be seen in international rankings: SAP is the only world-class tech company...

That's right. And SAP was founded in the 70s. That was a completely different time. I seriously ask myself whether a company like SAP would even be possible in Germany nowadays, whether there would even be a chance to become so big.

Where does this instinctive rejection of everything that’s new come from?

A good question. I myself was part of the peace and ecology movement in the eighties. We were all against nuclear power at that time, I was only 20 when Chernobyl happened. Since that time, we have completely withdrawn from nuclear power research. I think that precisely because of climate change, we need to have a discussion and not completely abandon the research on certain topics. The debate must be objectified instead of avoiding it and badmouthing technological progress.

What are we putting at risk?

Nothing less than our future prospects. And there are so many everyday applications that show how shortsighted that is. Let's take healthcare as an example. We once organized a 'Nursing 4.0' symposium organized by the 'Gesellschaft für Informatik' together with professional associations and discussed what digitization could bring to nursing care and which digital skills would be relevant for it. What a positive effect it would have if you were to equip nurses for the elderly with an iPad! They spend a large part of their time filling out some kind of paper forms. With tablets, they could record and forward everything much more efficiently and directly and dedicate this gained time to their actual job, the care. This is just one example of how we miss opportunities. Instead of seeing them, we mainly discuss the risks. Instead of considering how Artificial Intelligence can help us in the future, fears are stirred up. And that's why it's essential for us to make sure that young people have a sparkle in their eyes when they talk about technology. This applies to both women and men.