Overcoming Gender Stereotypes – In Soccer and in IT

Women have a place in every field – be it in IT or on the soccer field. Martina Voss-Tecklenburg coaches Germany’s women’s soccer team, and she supports the She For IT initiative. As a leader, she disrupts preconceptions: about what women can do, and about how athletes should be

Role models are important – that's common sense. But what do you think actually makes a good role model?

That's a difficult question, and one that can't be answered with generalizations. Still, there are a few basic traits. It's important to be authentic, to make sure your actions match your words. This includes being honest about your strengths and weaknesses. It means admitting that things don't always go smoothly or work perfectly, that there are obstacles and challenges. And that you will fail from time to time.

In other words, no one expects you to be Superwoman...

Exactly. The world is not perfect, and neither are we. So my job as a trainer is to highlight people's strengths, but also to work on their weaknesses. We now have a different approach to personality development in our team. We hold players responsible for their actions, especially those we want to build up as role models, and encourage them to be authentic. So they learn to be open about their weaknesses, and that they can get help through coaching.

This is a radical change as well. In the past, no one would have admitted that they were seeking help, at least no one in a prominent position.

In the past, it was often interpreted as weakness. But seeking help is not a weakness. You have to see it as a strength – for your own sake, too. In external communication, we have to recode the concept in a more positive light: it's a sign of self-confidence.

Who influenced you along the way? Did you have any role models?

There were actually several people, most of them from the sports world, of course. Steffi Graf was an outstanding role model for me. I have always been impressed by how she gave the game her all until the end. But on a personal level too, I admire how she dealt with the backlash when those ugly family stories were dragged into the light. How she carried herself in this crisis, it was powerful! However, the role models I looked up to also depended on the different phases of my life. At the beginning of my career, they were soccer players and coaches, including many men, because there were few female role models in this male-dominated world. Now I have shifted my focus to the question: who do I respect? I admire people who despite handicaps, despite other people’s opposition, tackle things head-on and take control of their lives. That inspires me. I believe not only that athletes can be role models, but that the reverse is true as well: people from everyday life can be role models for the sports world.

To what extent has the rise of women's soccer, and the German women's national team in particular, countered traditional gender stereotypes?

We are given more recognition now. I will put a caveat on this, though, because that's the case in our own community, but it hasn't caught on across the board. We still encounter resistance, or struggle against old clichés. For example, when our athletes get told in their private lives: “You don't look like a female soccer player at all.” The idea that female soccer players look rather masculine or tomboyish is still dominant. Yet we have noticed more appreciation: among our fellow coaches, among the male soccer players who now follow what we do and acknowledge that women's soccer has become highly professional. And why should our work be any different from theirs? Just because we are women? We bring all our strength and energy and motivation to the table. At the same time, being seen as professionals gives us more influence – beyond the sport itself. It allows us to create role models who can inspire girls and women around the world and tell them, “Hey, you can achieve anything you want. You can have any job you want.”

You are a patron of adesso's She for IT initiative, which aims to bring more women into the tech field. Are there any parallels between soccer and the IT industry?

There are some parallels. In soccer as in IT, the key issue is a lack of visibility. There are too few women in leadership positions and far too few men willing to accept women as equals. For example, there's a relatively large amount of women with a first-level coaching license, but they don't end up pursuing coaching professionally. Why is that? I think it has to do with the fact that the next step is coaching competitive soccer, where things are tougher. And women don't feel like dealing with it, because there are certain things they don't like. For example, men's behavior off the pitch. Or that coaching is no longer primarily about talent and personality development: there is too much focus on results. We have to break that mindset. Things are similar in the IT sector. Here, too, the proportion of women decreases the higher the career level. And the general proportion of women in this industry is already low, less than 20%. On the one hand, it's a question of holding men accountable (especially male managers) and disrupting their perception of their role. And, of course, visibility is also a major issue here! In IT, the cliché of the nerd who sits in the basement, wears a sweaty T-shirt and drinks gallons of Coke still prevails. At least now there are a few films featuring cool female hackers. But to get more women interested in IT, it's important to show how multifaceted a job it is and how many prospects it offers. That's why it's important to create visibility and awareness, to go on social media channels and to get people informed. After all, information is the key to everything: without knowledge, how can society and structures change? That's why we need to educate people.

In your opinion, why is it so crucial to get more women into IT?

More diversity leads to becoming more successful and achieving results more quickly. And I'm not just talking about men and women here, I mean diversity in a broader sense. It's also about the different experiences across generations; it's about showing respect for everyone. For what they can do, but also for what they can't do yet. What's important is the willingness to be open, to take a step back sometimes. The IT industry could benefit enormously from this if it manages to overcome its entrenched thought patterns. And for that, you need more women: they approach problems differently, are more goal-oriented and objective. This automatically changes our collective approach to discussion and generates more openness to other perspectives, which paves the way for better solutions. I've also noticed this on the supervisory board at Fortuna Düsseldorf, where I'm the only woman alongside eight men. Something has already changed there since I joined. And that's why it's also important for IT to open up more to the issue of diversity. It's not an easy process. There is a fear of loss among the men, the fear that something will be taken away from them. It's no different in soccer. These transformations take time. And to trigger a change in mindset, you need role models. We need more women who are willing to take on this role. And they need to be prepared to take a confident stand, to parry stupid remarks and to fight back. Until our culture changes, someday.

Let's think about the future. One important topic that is mentioned time and again is the importance of collaboration. As a soccer coach, you're of course an expert in this area. What can we learn from soccer?

We can learn a lot. And I'm still learning, too. My “team” is made up of almost 80 people now. I'm the boss, not just to the players themselves: there's the team management, the media, we have drivers, security people. There's the medical team, the chef, the equipment manager and the logistics team. So you have a lot of people working in different functions. And you have to take them with you everywhere. You have to engage with these people and harness their strengths across disciplines. To name a simple example, there's someone in our driving service, a great guy, and he’s a physicist in “normal life”. We have to stop focusing on people's roles. Instead, we need to look at the people behind the roles. That's when your perspective changes and you can ask people: why do you think like that? How do you address issues in a different way than others? This in turn allows me to improve myself too, in my personal development. And I simply believe that communication (respectful communication) is a huge topic. But you have to be willing to listen to the other person. Our society has lost this ability to a certain extent. When I see how much people interrupt each other in discussions, how little they are willing to really listen to the other person – to process what they're saying, instead of having a reply worked out in their head even before they've finished talking. It really makes me think.

It is interesting to note that in a technological world, people skills are becoming more and more important. In the past, this was referred to as soft skills. Which, of course, sounds more like a nice to have than a necessity...

We should expect professional competence in every area. But empathy, humanity, the willingness to make decisions and then follow through – these are the core competencies of the future. Also, and precisely because you get close to people, it's sometimes challenging to criticize them or make an unpopular decision. But that's what matters in leadership. Even if it's not always easy.

It would really comfort me if I knew that in a few weeks, I could walk around soccer and athletics fields or gyms again, and see kids playing sports there again. That is something that I reall miss. Unfortunately, this also shows that Germany isn't a country where sports are valued. The issue is not a priority for us. We're lagging behind many countries not only in education, but also in sports. I sincerely hope that all children will soon be able to go out and play again. 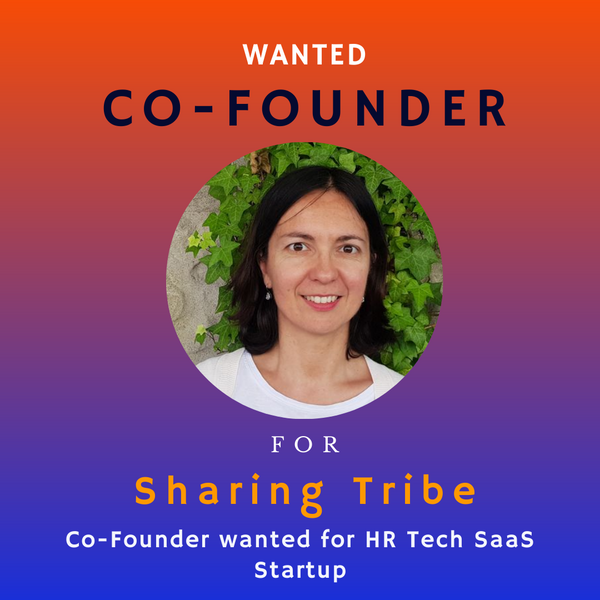 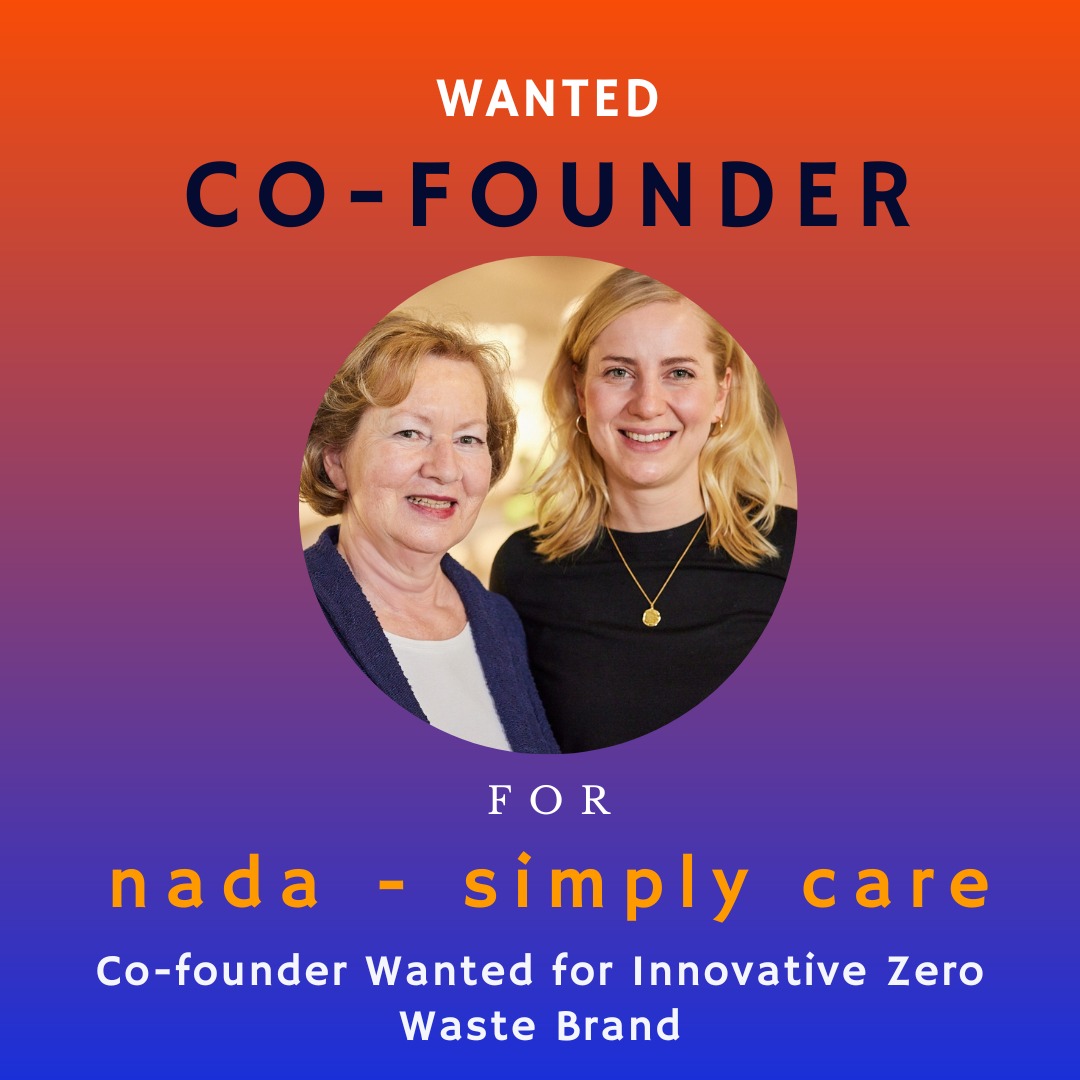