Teams need to tackle loneliness at work and create an employee experience that is meaningful on a human level, Rosa Riera writes in her latest column "The Screenshot". What companies can do to fix this problem? Sports events, for example... 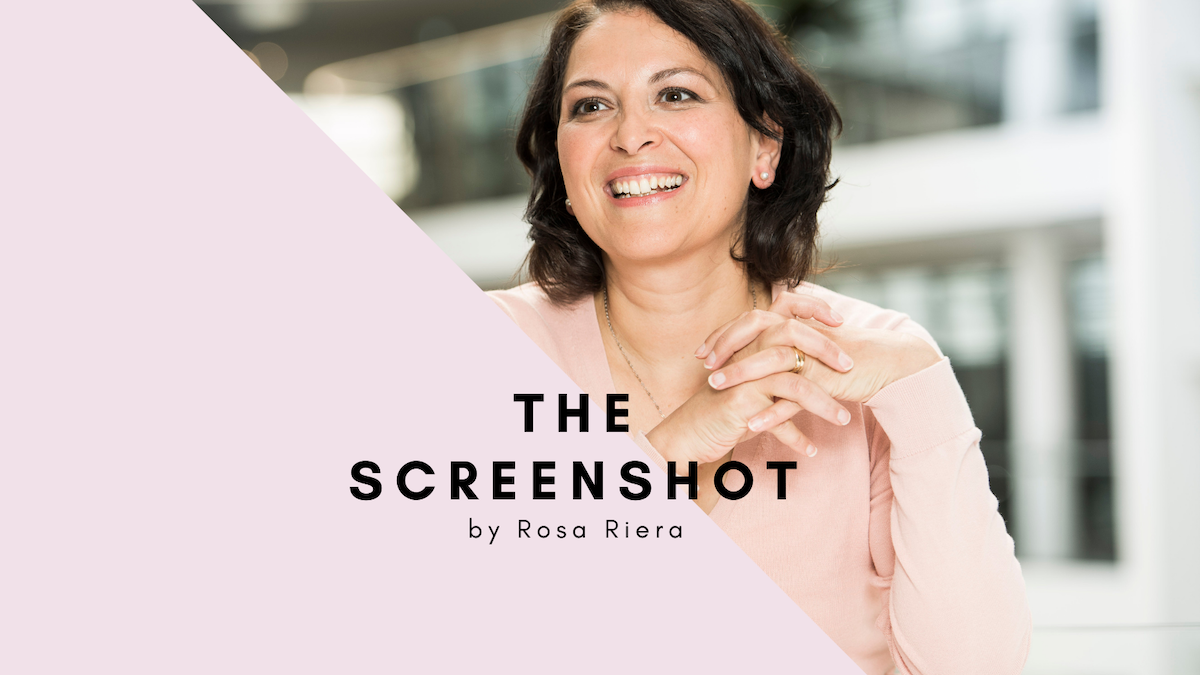 I hardly qualify as a soccer fan, but I am finding watching the Euros on TV at the moment very comforting.

It cannot be any roar of the spectators that is causing this feeling, as most grounds have been at pandemic capacity and only allow cheering at light-applause level, nor can it be any familiarity with the verbal tropes of the commentators, as I have never really followed soccer. It cannot be a manifestation of patriotism, as I have been equally happy to watch games between countries with which I have no personal connection. And even the scale of the tournament cannot explain it, as I am currently watching and loving the Marvel show “Loki,” which also has a large audience, but this has not been giving me that same sense of reassurance.

What I think it might be is the tournament’s ability to bring us together in real time to enjoy something that is of no direct relevance to our lives.

This might seem obvious or even trite, but the opportunity to peek out of our personal bubbles at something which other people are simultaneously peeking at from their own bubbles is becoming an increased rarity in our chopped-up, digital lives.

Even if we still pick up the phone for old-fashioned conversations, we mainly text, email, or WhatsApp, replying when we can. When we Zoom, although we do it in real time, we are generally edifying our bubbles, not escaping them. When we watch a program, we mostly do so when it is online, not when it is actually on, since in the asynchronous world of Netflix and Disney+, “actually on” has no meaning. We listen to the radio less and to Spotify playlists more. Even the news, which used to anchor societies in a shared reality, now splits us apart as different societal groups are presented with different realities.

Another area in which we find ourselves ever more enclosed in our own bubbles is the area of work.

In our professional lives we are connected with others more than ever, but the connectedness of the modern workplace is mainly about goals.

In our professional lives we are connected with others more than ever, but the connectedness of the modern workplace is mainly about goals (working on a project, getting hold of data, agreeing on a plan), with the net (both inter- and ether-) making anything less than laser-focused communications seem redundant or even a bit odd. And this trend of curbing interactions down to when it is only absolutely necessary is making more and more employees feel lonely.

Although the lockdowns may have brought this issue of loneliness to the fore, the loneliness of the modern work environment is not about physical proximity. It is about the feeling of never being able to relate to our colleagues in a manner that is not entirely work-focused. It is about the feeling of never interacting with our colleagues in real-time outside of our bubble of concerns.

When I started my professional career, I thought that it was a little strange that the multinational for which I worked offered sporting and other activities to its employees. There was basketball, chess, soccer, you name it. However, the company gradually began discontinuing them, in part because employer-based activities were no longer in tune with the times, in part as a cost-saving measure.

Today, with studies increasingly finding that employees are feeling lonely, disconnected, and disengaged, I no longer find it strange that my company offered these activities. I now find it strange that it stopped doing so. And I believe that, as the lockdowns gradually come to an end, companies will again need to implement such programs as a means of tackling the issue of employee loneliness.

Employer-organized events of no direct relevance either to their jobs or to the company’s mission could be a means of helping employees relate not just as co-workers, but as people.

Employer-organized events of no direct relevance either to their jobs or to the company’s mission could be a means, like my first employer’s sports events, of helping employees relate not just as co-workers, but as people. It could be reassuring in much the same way that I find leaving my bubble of concerns to watch the Euros in real-time with millions of other viewers to be reassuring. Less obvious approaches to offering employees an experience that satisfies their needs as humans are no doubt already being formulated by forward-thinking teams across the globe. Indeed, working out exactly how all this is to be done will, I believe, be one of the leadership challenges of the next decade.