Christian Muche is the new “The International Voice” of F10. From his experience, observations and countless conversations with global thought-leaders, he paints the Big Picture. In his very first column, Christian Muche reflects why diversity and inclusion cannot be a one-time campaign or a one-off initiative 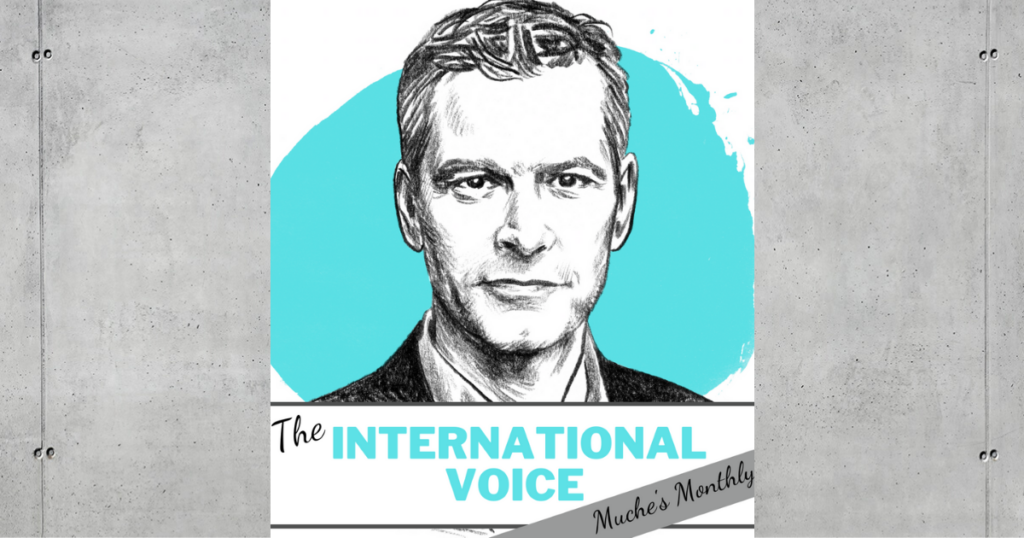 Diversity is all around us; global economic trends, shifts in population and society structures, and the dramatic digital impact in our daily routine and work culture have changed our lifestyle as well as organizations, their teams and how they operate. The perception is clear and many of us already know it: diverse teams are more effective than homogenous teams and diverse companies are more successful than antiquated companies in terms of acceptance, relevance, flexibility and resistibility especially in challenging times. All hands seems to be on board these days for building diverse structured teams, not only because it’s the right thing to do — any applicant in any industry should have a fair chance — but also because it champions creativity and problem solving.

But the reality looks different: many leaders, doesn´t matter which industry, face challenges and hurdles from the past like stuck organizational structures and hierarchical command-and-control management styles that do not resonate with a new consumer generation and employees who question their intent. It is important for companies and brands to step up and advocate for diversity and tolerance on a public platform. A great example of this was Nike’s support of American football quarterback and rights campaigner Colin Kaepernick. More than a marketing exercise, it showed the world that one of America’s best-known corporations was willing to stand alongside one man in his battle against racial injustice and intolerance.

Diversity is about creating authentic contributions

However, companies also need to be careful in creating "authentic" contributions that align with their long-term brand purpose and behavior. In some cases, one cannot resist the impression that quotas are being introduced here in a convulsive manner in order to "calm consciences" and score points in public perception. Sometimes companies can have a good intention, but it can look very wrong, because diversity is nothing without an inclusive workplace culture. Inclusion is the pre-requisite for the functioning of a diverse workforce and involves the full and successful integration of diverse people into a workplace. An inclusive culture indicates a climate in which respect, equity, and positive recognition of differences are all cultivated. Inclusion helps us see things from a different perspective and the beauty lies in valuing people’s abilities instead of limitations.

If we look at the most innovative, disruptive and prosperous urban centers in the world – i.e. New York, Dubai, London, Berlin or Singapore – they all have one thing in common. They are all international melting pots with a high concentration of immigrants. Research shows that there is a direct correlation between high-skilled immigration and an increase in the level of innovation and economic performance in cities and regions.

Singapore makes a great example of diversity and how not just organizations but also countries can benefit from a society where each race is encouraged to preserve its unique culture and traditions and appreciate and respect that of others. This tiny South-East Asian island nation, with a population of just over five million, is today one of the globe’s heavyweight financial centers. It scores highly in international rankings for areas as diverse as education and ease of doing business, and has been recognized as the world’s most technology-ready nation. Singapore is also highly multicultural, with an ethnic mix of people of Chinese, Malay and Indian descent, and large populations of different religious faith groups including Buddhists, Christians, Muslims and Hindus. As a result, over the time, each race has retained and evolved its own culture and heritage - but has also allowed itself to be influenced by the customs and traditions of other races.

Diversity is nothing without an inclusive workplace culture

A new role-model? Unfortunately, the country has still long to go – despite wide diversity, paradoxically Singapore is also the second-worst performing country in terms of workplace diversity and inclusion (D&I) practices, based on a poll of employees in 14 developed countries by Kantar, a data, insights and consulting firm from last year. Almost a quarter (24 per cent) of Singapore workers said they have been bullied in the workplace in the past year, which is among the highest levels in the world. The survey also showed that many workers are struggling to deal with pressure, with 44 per cent reporting that they are affected by "stress and anxiety" at work, above the global average of 39 per cent.

In order to move ahead as a city-state that is welcoming of foreigners, the government must not simply continue to provide economic opportunities for potential migrants and immigrants, but also need to react on the changing immigration drifts and developing expectations and build a social and cultural landscape that is more inclusive of difference and recognizes the inequalities that these differences may engender. Work places and environments are essential for a successful transformation and that everybody will be included.

Hence, it is obvious that companies and businesses are playing a key role for societies and cultures when it comes to a realistic approach and implementation of a diversity in thinking. Governments can and need to provide the political framework and a positive attitude for diversity, inclusion and equality but only leaders and managements can transform their business culture into an open-minded organization with a long-lasting impact on their work forces and customers.

In this era of globalization and transformation, diversity in the business environment is about more than gender, race and ethnicity. It now includes employees with diverse religious and political beliefs, education, socioeconomic backgrounds, sexual orientation, cultures and even disabilities. Companies are discovering that, by supporting and promoting a diverse and inclusive workplace, they are gaining benefits that go beyond the optics.

Business has the transformative power to change and contribute to a more open, diverse and inclusive society. We can only accomplish this by starting from within our organizations. Many of us know intuitively that diversity is good for business. The case for establishing a truly diverse workforce, at all organizational levels, grows more compelling each year. The moral argument is weighty enough, but the financial impact – as proven by multiple studies – makes this a no-brainer.

Diversity is a constant work-in-progress

There is much to learn for leaders in diversity and inclusion, but it is important to remember that every company’s initiatives will look different. Diversity means different things to different people, and organizations must apply those definitions to their companies accordingly.

Diversity and inclusion cannot be a one-time campaign or a one-off initiative. Promoting them in the workplace is a constant work-in-progress and should be maintained and nurtured to guarantee effectiveness. Empathetic leadership is key to this transformation. For real change to happen, every individual leader needs to buy into the value of belonging – both intellectually and emotionally.

Christian Muche is an internationally well recognized executive and business strategist operating at the intersection of digital, marketing, technology and event industries with an extensive track record for brands like AOL, YAHOO and FIFA. Christian is the co-founding partner of WUNDERGUARD and the initiator behind this new boutique consulting firm. In this role, Christian creates successful brands and design, position and support companies as well as individual global executives all over the world. He is also the co-founder and brain behind DMEXCO, one of the leading global digital marketing event platform. With his decentralized team in Europe, he ran the day-to-day business of DMEXCO for nearly ten years till 2018. In 2019, Christian launched D:PULSE – the innovative global boutique-style conference show. For more than 13 years Christian Muche has lived with his family in New Zealand, holds a German as well as Kiwi passport and enjoys various outdoor sports, including mountain biking, trekking and diving.