A German in Silicon Valley

After a top career in Germany, Kerstin Ewelt started again from scratch at the age of 42 in Silicon Valley. As head of marketing and business development for the Q&A platform Quora, she is now responsible for northern Europe. An interview about German virtues and American optimism 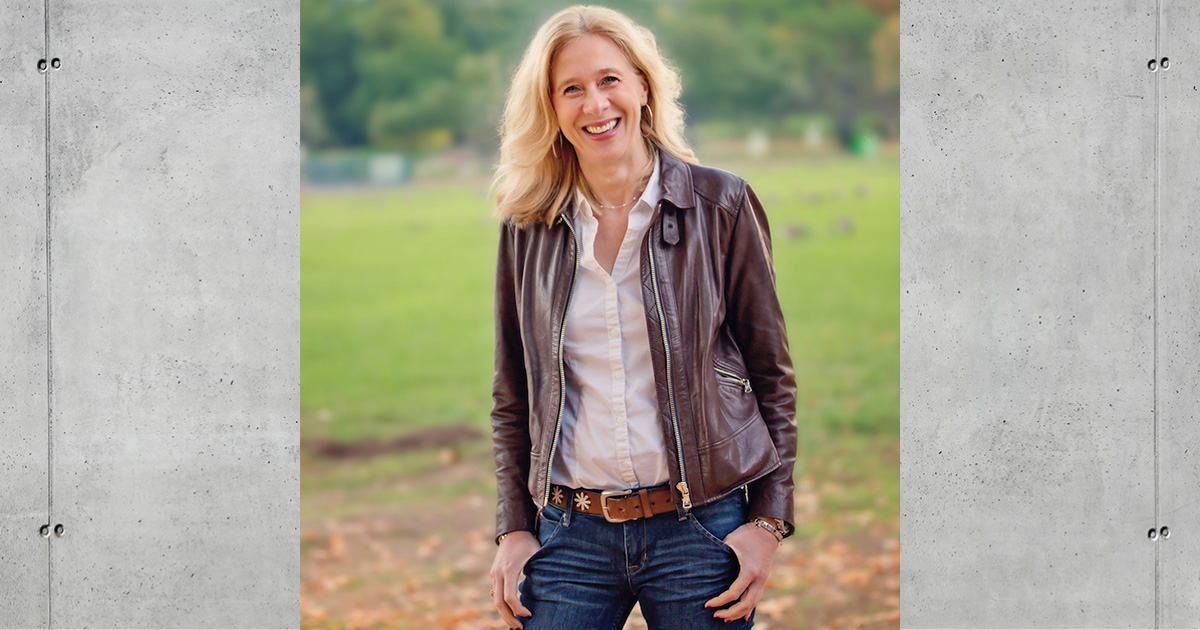 How did you end up in Silicon Valley?

I myself would never have thought of leaving Germany. I was in the media business, most recently at the FAZ, and had achieved a lot in my job. And then my husband got the offer to go to the USA as an expat. I assumed that we would come back after three years and so I didn't think about what I wanted to do professionally. The plan was: we'll start a family, I'll learn the language, and then we'll go back. That's why I didn't really care where we went. Pittsburgh? Then Pittsburgh. But then after three years an offer came from Silicon Valley. That was just too enticing.

We had a second child and I was even longer out of a job. After a seven-year break—that was 2010—I wanted to work again. However, I had thought it would be much easier. I was relying on my good resume and hadn't expected that nobody in Silicon Valley would be interested in it. No one had any connection to the FAZ here. In the beginning, I bothered explaining that it was the equivalent of The New York Times. I've given up on that now. The only reference for Americans is America. At least for most. For me that meant that I had to start from scratch again at over 40. I started with a Google job from home for 15 dollars an hour and then worked my way up bit by bit. I was thinking about what my USP could be. And of course, that was the German language. So I could always find niche jobs. Google, Apple, Yahoo, LinkedIn, a start-up. I evaluated online content, did translations. Everything on a freelance basis with additional help from my contacts. It's not so easy to get a permanent job in the Valley; there are a lot of contractors. I finally got my first permanent contract at Yahoo. And then came Quora. When I read the job advertisement, I knew: this is exactly for me!

All kinds of rumors are circulating about Silicon Valley. What's really true?

It's no coincidence that so many global companies come from the Valley: Amazon, Facebook, Tesla, Google, and also Quora with over 300 million unique visitors per month. This has to do with the famous American spirit. California has a higher gross national product than France. What is becoming increasingly difficult, however, is the exorbitant cost of living. Nevertheless, there is still merciless competition. Although everything here is so expensive, the Valley still attracts much young talent. And that has something to do with this American spirit. There is an extremely high willingness to take risks; failure is never seen here as a shortcoming, but as an opportunity. Just look at how differently my curriculum vitae is evaluated—in Germany, I heard that my CV was wild and chaotic. That wouldn't get me anywhere in Germany anymore. People here say that these many changes show that I am flexible and open to new things. This has to do with the boundless optimism of the Americans. And there's no shame in thinking big, either. One example: our founder and CEO, Adam D'Angelo, always says he wants to make Quora accessible in all the languages of the world. He doesn't have a smaller one. That's quite normal here. There's an incredible speed here. Decisions are made very, very quickly and consistently, but not carelessly. You approach things very analytically here. You take a close look at the market. But then you don't necessarily wait until the product is perfect before you go on the market. Trial and error; make, test, improve.

What has changed in the last ten years?

The tech power ratio has been shaken. The throne is wobbling. It is said that China is just about to overtake the Valley. In the past, young Chinese came, studied here, and stayed. That has changed. China is very interested in getting people back and lures them back with extremely good offers. This means that today Chinese come to the USA, study at an elite university, do research on AI, start working in Silicon Valley, and then go back with this knowledge of domination. By the way, it is interesting to observe how such countries catch up and simply omit certain development steps. China, for example, has switched from cash to mobile payment systems without any detours, the credit card has simply been skipped. What has changed is that smaller companies are moving away. I recently heard about a tech start-up moving to Southern California. Office space is hard to get and if it is, it's incredibly expensive. Nevertheless, companies usually can't afford to move away. They need AI specialists and software engineers. Silicon Valley competes for skilled professionals. As a small company, it's hard to stand up to the Googles, so the other companies try to outbid each other with even better food, better massages, better offers.

I take the children to school, then I sit in a traffic jam for an hour. The infrastructure here is difficult. So I use the time for the first calls with Europe. I am here at half past eight and work. I have to leave at five, half past six at the latest. Then it’s mostly about my kids. And on the way back I'm stuck in traffic for another hour.

When you are in Germany, what surprises you the most?

What strikes me more strongly than before is the tone of conversation. Everyone here is very friendly, everyone smiles and has something nice to say. People ask you how you are. Of course I know they're not really interested in how I'm doing. I often have these discussions with my German friends and family, but I just got used to being approached in a friendly way. And I don’t think there's anything wrong with that. Some time ago in Germany I told a saleswoman in a bakery that she had nice glasses. She looked at me in amazement and said that nobody had ever told her that before.

And what do you miss about Germany?

The cultural offers. Although there is a ballet and many theatres in San Francisco, it's all very expensive. I recently wanted to go to the opera again. I checked, the next performance is Carmina Burana in June. June! Of course there are great museums like the MoMA. But somehow access is easier in Germany. Art and music lessons are not obligatory in the curriculum here and depend on the school or very committed parents. But Americans know completely different things. You have to be tolerant.

What are the typical clichés about Germans?

As dull as these stereotypes can be, there is usually so much truth in them. I am repeatedly confronted with the fact that we are extremely punctual. That's probably true. Time management is taken very seriously by Germans. I recently asked my boss what kind of prejudices he had against Germans, and he replied without a moment’s hesitation, “No smiling.” This is also associated with "no humor", which can come off as a little threatening.

How did you change during your time in the USA?

I changed my mindset. I have become more tolerant, have cleared up many prejudices. What's interesting is that on the one hand I'm even more German here than I ever was in Germany. Ikea furniture is at home, German sayings are everywhere. There is strawberry cake and coffee. NDR2 runs all day, I only talk to the children in German. On the other hand we assimilated very much. I learned English well, but I can't get a grip on the accent. I’ve given up on in the meantime. The people here are very forgiving and even like my accent. So now I think it's great, too. And I have two teenage children, because of whom I am very immersed in the American world. Although there are about 50,000 Germans here, we don't really stick close together. We are also not very well organized here in the Valley. There are a few clubs, that's it.

Can you imagine going back sometime?

My German husband and I are divorced, we each have new American partners. That is, we’re staying for the time being. What will happen in 20 years when I retire? I don't know. I can imagine going back, but I’m probably imagining it to being easier than it is. There is certainly  re-entry culture shock. So...everything is open.

My favorite digital tool: Quora. Because I meet people there I would never meet in normal life, for example mathematicians, neuroscientists, company founders, astronauts, and simply people from special walks of life. I can learn from them—not only facts, but also their experiences and opinions. That's why I enjoy my job so much.

My best analog moments: On my last birthday I received one of the most beautiful letters of my life, from my old girlfriend from Germany. Not email or Whatsapp. Reading this handwritten letter was a special analog moment.