Katharina Kreitz holds a degree in engineering and is a specialist in flow measurements. The co-founder of Vectoflow is sometimes asked by customers whether she'd bring an expert (!) to the appointment. Others ask her technical questions to test her knowledge. In this guest commentary, she explains why she keeps her sense of humor and even finds a few advantages 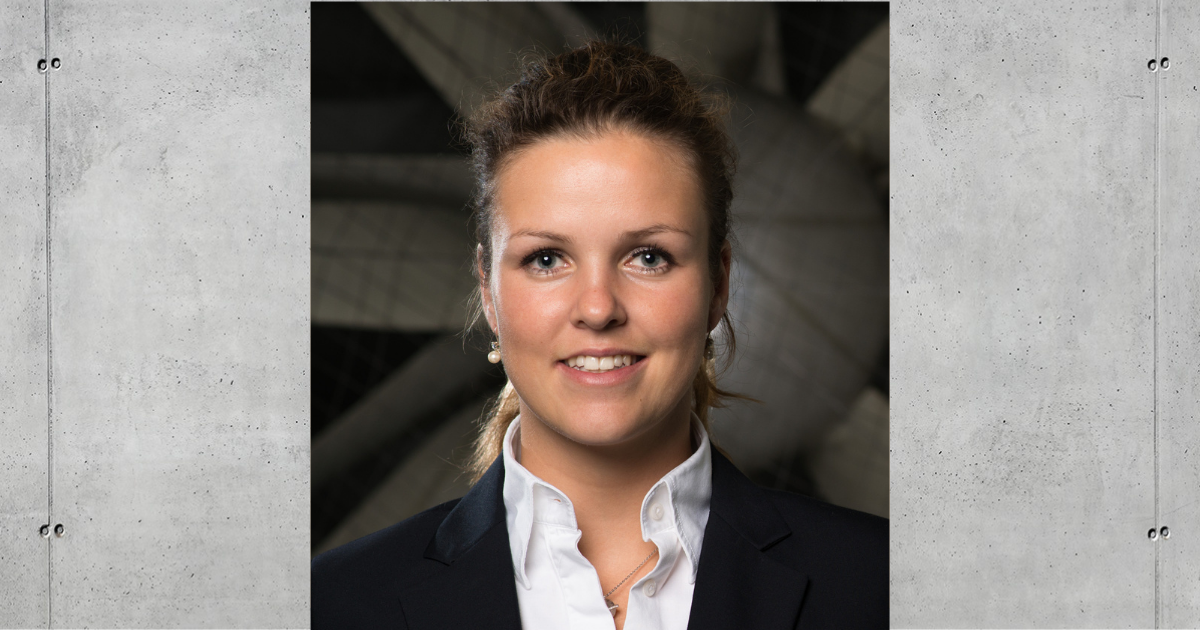 What do Formula 1 racing cars, aircraft engines, drones and extractor hoods have in common? In all these – and this is just a small excerpt from the portfolio – the aerodynamics are optimized and controlled by products from Vectoflow. The idea of founding my own company came to me, because there is an enormous need for optimization in this area. I have been involved in flow measurements for many years, not only academically but also in the industrial sector. Among others, I have worked for NASA, Airbus, as well as BMW in this field – and I have often been annoyed. The measurement systems of the suppliers – today our competitors – were imprecise and had many deficits. I was convinced that there was a better way to do it. That's why I founded Vectoflow in mid-2015 with my former fellow student Florian Wehner and Dr. Christian Haigermoser, who was my thesis advisor at BMW.

A Role Model For Young Women

As a woman in an engineering profession, I am unfortunately still an anomaly. And if I'm honest, in the beginning I also struggled with the labels that were attached to me. It felt like having a disability, because you were always being reminded of this ‘special role’. In the meantime, my attitude towards it has changed. Over time, I've realized that along with many disadvantages, there are numerous advantages – you just have to play it right. I don't like the term, but for many people I am a role model. I act as such, which gives me the chance to encourage young girls and women to think big. To get excited about technology, to apply for management positions or even to start their own company. I take this very seriously, which is why I also go to schools from time to time to show girls how much fun technology can be.

The Problem with the Glass Ceiling

That's one side of it. What increasingly concerns me is the question of my own responsibility. Women often come to me after lectures and complain that they are being bullied, that obstacles are being put in their way and so on. Honestly, I used to be rigorous about it and would even have supported the other side, meaning: Just get on with it then. Today I see things in a more differentiated way, although I still don't like it when people always try to blame others and use ‘being a woman’ as an excuse. Yes, unfortunately there are still these glass ceilings, that's true, but often they are also in your own head.

Women in Tech – Alone Among Men

I have become accustomed to bizarre situations and sometimes have to laugh about them myself. One example: one of my first customers called me and asked, "Ms. Kreitz, are you coming alone or are you bringing an expert with you?" Obviously, he assumed that women basically do assistant jobs. In order to be taken seriously in my line of work, I still add Diplom-Ingenieur (Engineering Diploma) to my signature, although it's actually no longer the norm these days. Because I also do sales within our company, it's crucial that my qualifications are unquestionable. We mainly talk to nerds, and as soon as they think they're looking at a sales moron, the deal is off. Which, again, is one reason I deliberately don't put my MBA in my normal signature.

So, is it harder to be a woman in the tech industry? It is certainly true that you have to prove yourself more than your male colleagues at the beginning. And it still happens that customers ask me a few ‘nasty’, deeply technical questions during the initial contact to check whether I really understand what I'm talking about. If I parry that, it's like a knighthood, and I'm accepted as an expert at eye level. But I have to get through that first. That wouldn't happen to my male sales counterparts. In general, I've had to overperform in every job so far to get the same recognition as my male colleagues. And yet, as a woman, you have a bit of an edge: you're remembered, because there are so few of us in tech industry. I have enormous recognition value; I stand out at trade fairs and conferences. And that, for all the inaccuracy in measuring careers, is a real USP.

Vectoflow, founded five and a half years ago with headquarters in Gilching near Munich, is now active in over 70 countries, supplying measurement technology to companies such as ABB, Siemens and various Formula 1 teams. The company uses 3D printing and smart software solutions to develop individual flow measurement technology that adapts perfectly to the application and delivers reliable results even under difficult conditions. More info at vectoflow.com