What C-levels Reveal About Our Working World 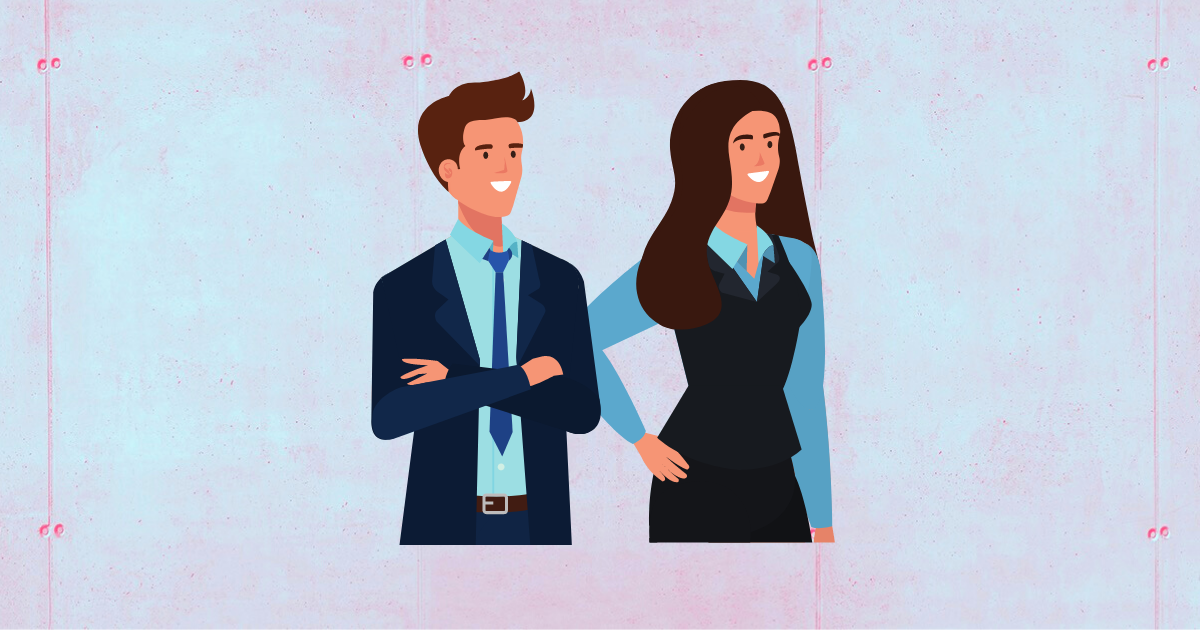 There has been a lot of activity in C-level positions in recent years, with numerous new titles being added. What can we deduce from this and to what extent is this an indicator of changes in the world of work?

Martin Krill: When new job titles are created, it’s usually about more than just semantics. At C-level, job titles are an expression of power, of professional recognition. Whenever the C-level spectrum is expanded, and new positions are created, it’s a sign of a change in corporate strategy. The organizational structure below CEO level illustrates which are the most relevant topics and therefore which areas of the company will become more important in future.

Which exciting CxO positions have been added in recent years?

Martin Krill: The subject of compliance, for example, and the position of chief compliance officer have become more relevant in many companies. Human resources is also being prioritized quite differently. HR used to be almost neglected and was essentially restricted to the HR board. Nowadays, companies have chief happiness officers, which allows us to draw conclusions about the importance of corporate culture. The position of chief diversity officer is also relatively new; it didn’t even exist five years ago. These are all issues where companies want to take a strategic position. The area of security, which used to be not necessarily at C-level but rather under the COO, has also become more important, even if it’s perhaps not that new. Nowadays, companies often have a chief information security officer or even a chief security officer. So, you can see that IT security or security in general has taken on a completely different significance.

The US is a pioneer in terms of CxO. Is it a question here of synchronizing increasingly global jobs?

Thomas Wetzel: I was already familiar with this even before it caught on in the German economy. I have a military background and have worked a lot in an international context. There was a very clear hierarchy: the chiefs made up the highest rank. They were the ones who had the power to make decisions. That has also become important in business, as positions can’t be defined as easily as they used to be. Take the chief growth officer, for instance. That covers a broad spectrum, depending on whether the company is a small, medium-sized enterprise or a DAX-listed corporation. The position remains the same, but the company size determines the size of the playing field. But the title conveys the same message: I’m the one who makes the decisions. That’s become very important in business.

I have a military background and have worked a lot in an international context. There was a very clear hierarchy: the chiefs made up the highest rank.

What about start-ups? Sometimes you get the impression that they like to give themselves important sounding titles. It’s a mean question, but isn’t that showing off a bit?

Thomas Wetzel: They want to rapidly use terminology that they believe makes sense in a business context. Of course, you could be critical and ask if it’s really necessary to use the term “managing director” excessively about a two-person company – even if it’s factually correct under company law for a limited company.

Martin Krill:  On the other hand, companies from the start-up or scale-up sector try to reflect the customer side of things. At the end of the day, this also allows you the opportunity to address the right contact partner – that is, to communicate on an equal footing. This explains why you can find a chief sales position at some start-ups, even though the entire team may only consist of three people.

On one hand, we’re seeing more and more differentiated job titles, but on the other hand there’s a tendency towards flatter hierarchies – the catchword here being New Work. How can you explain what essentially is a contradiction?

Thomas Wetzel: I’ve been dealing with New Work for decades, but unfortunately, it’s now become a buzzword because there isn’t a precise definition for it. Much of what is now called “New Work” already existed in the 70s, but back then it was known as lean management. But that is only by the by – there’s a risk that terms become so diffuse that it’s almost impossible to work with them. Actually, the question about New Work is not whether or how hierarchies have changed but rather: How are managers behaving in the current world of work? How should we deal with the younger generations who are now moving up in these companies? How do you manage to be a good conductor for those specialists and other soloists who will join your orchestra in the years to come?

Much of what is now called “New Work” already existed in the 70s, but back then it was known as lean management

Thomas, you deal with the subject of development a lot. How can you best promote young talent? What are the important skills?

Thomas Wetzel: The topic of leadership is becoming increasingly important. Graduates have received excellent technical training. What they need to learn are social skills: How to deal with other people. I believe you can encourage young talent by giving them early responsibility. I’ve seen people in their mid-twenties who’ve already had five or six employees and managed them really well. It’s noticeable though how they were mostly trained abroad. Studies there naturally include subjects such as psychology and philosophy, so you learn how group dynamics work.

Martin Krill: In the last five to ten years I’ve seen a generational change in many companies. In other words, digitization has created great pressure to innovate in banks, insurance companies and more traditional companies. As a result, more and more young talents have moved into C-level positions, especially into roles such as the CIO – the chief information officer, or CDO – the chief digital officer. These new leaders naturally had and still have to follow a steep learning curve, which is definitely an advantage in this rapidly changing market. At the same time, we can now see, even in this current phase, that this can also be critical, because decision-maker positions are filled with people who haven’t yet had to manage a crisis in their professional lives. At least not such a fundamental one right now like COVID-19.

To what extent does this generation still covet position and title? Has the concept of a career changed? Does the younger generation really tend to be purpose driven?

Martin Krill: I think that in the end it’s always a question of personality. Not everyone has the right level of motivation or maybe even the right kind of ability. Then again, others attach extreme importance to titles. We recently conducted a survey about the “workplace of the future”. This revealed that many candidates are increasingly concerned about being able to realize their personal abilities, and to freely shape their own lives and that is considered more important than having responsibility or power. Nevertheless, a title is definitely crucial for some.

Thomas Wetzel: I share Martin’s opinion. What actually constitutes a career is a really exciting topic. Here’s another example from when I was in the army. I was specialist for explosives, defused bombs and terrorist packages. And during operations in the field, for example in terrain where there were unexploded bombs, I was everyone else’s superior, even though I held a subordinate rank, simply because of my specialist training. Even when a high-ranking officer was present, I could say: “If you ignore my order, you will be held responsible if something happens at a later stage.” They always complied then. But still, you didn’t want to meet them again (laughs). To get back to Martin’s point, I also notice that people tend to define themselves via the content of their job rather than through holding a specific position in the hierarchy. But it will still take a while before this is the case everywhere.

Which brings me nicely to the next point: what will the working world look like in future, when it’s organized into networks and it’s no longer standard to have a permanent job in a company. Won’t job titles automatically become less important?

Martin Krill: Yes, but I assume that CxO titles with international acceptance will continue to exist. Certainly, jobs and responsibilities will change in a new working environment but it’s not yet possible to say exactly how. However, it’s very likely, and in some cases is already becoming apparent, that working in networks will break up areas of responsibility and more responsibility will be transferred to decentralized teams and units.

I’d be interested to know, Thomas, what issues are you increasingly facing in your training sessions?

Thomas Wetzel: An important aspect is how different generations can work together. Younger people are trying to work out: how do I manage to lead people who are ten years older or even in my parents’ age group? More experienced employees are motivated by the question: how should I deal with the up-and-coming generation, who are demonstrably better educated and at a higher technological and scientific level. So, the buzzword here is loss of power. Without sounding cynical, for companies the challenge is: what should we do with residual executives? Not in the sense of getting rid of them, but of keeping them onboard. Many employees have been with the company for two or three decades and they have a low, latent willingness to change. What should you do with those people who are only interested in preserving prosperity, and not in seeking new horizons? How do you motivate them?

A delicate subject. What are the special challenges faced by those companies in the midst of transition?

Martin Krill: In many companies there is indeed a succession issue. And/or there are new investors who want to initiate change, especially in the management structure. This has to do with the implementation of new roles due to digitalization and new business models. This can go hand in hand with the introduction of new position at C-level. In other words, this can mean that one or two positions are replaced.

Is it always a question of age? Or is it more about a certain mindset?

Martin Krill: How innovative someone is, how many new ideas and how much passion they invest in his or her management job isn’t necessarily linked to age. It’s also not linked to gender. Rather, it’s about the composition of the management team. The question is: what kind of dynamic is present? Often new appointments result from an analysis of which additional skills are required. And then it’s not a question of age but really a question of personality and the company’s situation, and what’s currently advisable. For example, we’re currently seeing, partly due to the difficult market situation, that the position of CFO is taking on completely new relevance in many companies. Finance and controlling are being reevaluated. Experienced and seasoned CFOs are in demand, managers who have already navigated critical market phases. Anyone can sail a boat through calm waters. But what if it’s stormy? In this case, age can even be an asset.