Meet the Founder of Canva

This woman has designs on the world: Melanie Perkins, CEO and co-founder of Canva, a $1 billion tech start-up 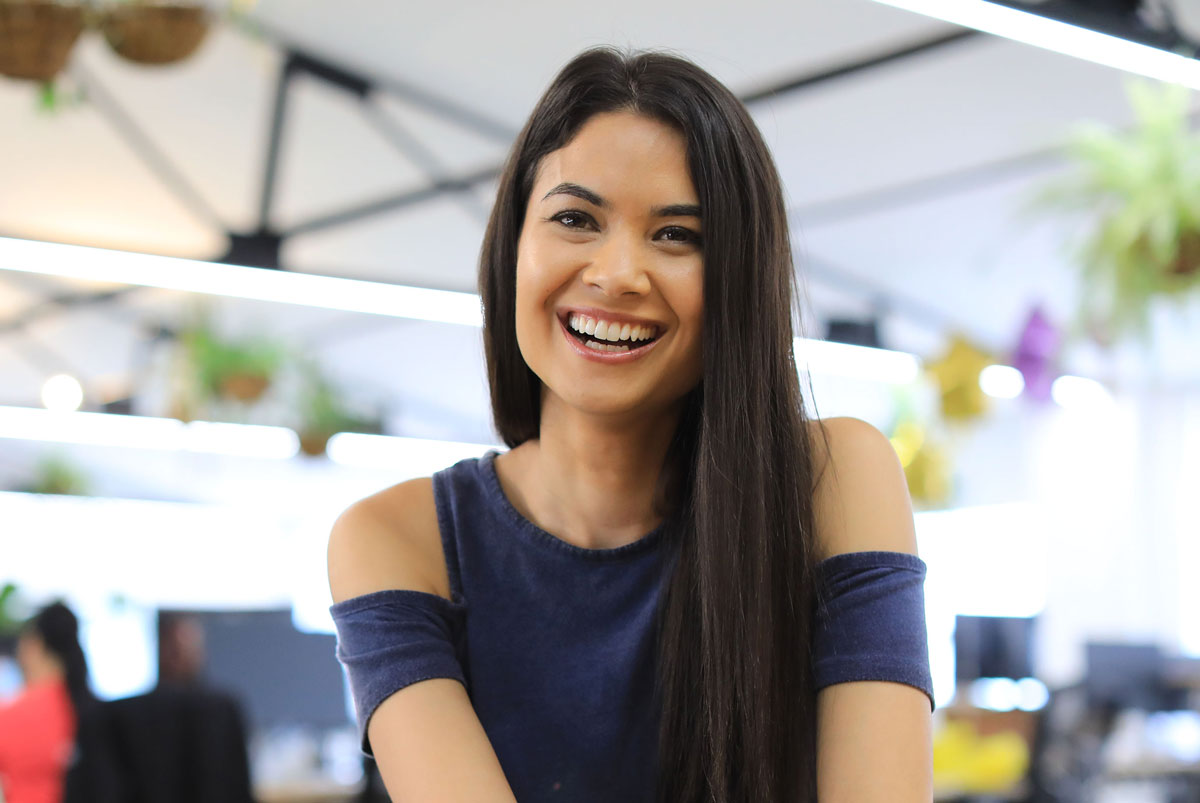 Melanie Perkins was 22 years old and very nervous when she flew from the remote Australian city of Perth to the tech hub of Silicon Valley in 2010 to pitch a far-out idea to disrupt the world of design.  It has been a wild, crazy ride since then.

In January this year, Canva, the online design and publishing platform she heads, hit unicorn status. Now aged 31, Melanie is perhaps the youngest female CEO worldwide to be leading a $1 billion tech startup.

“At university, I was frustrated by how long it took to learn to use design software,” she recalls. “The programs were complex, expensive, and considered a tool only for design professionals, but digital reality requires every single professional to create a lot more high-quality visual content on a daily basis.”

Her idea, developed with co-founder (and partner) Cliff Obrecht, was to “democratize design” by creating a web-based platform with easy-to-use tools. Initially operating out of her mother’s home, the pair tested the idea with a website that allowed high schools to design their yearbooks online.

Fusion, their company, quickly expanded to become Australia's largest yearbook publisher. The business was so successful that Melanie followed in the footsteps on many tech entrepreneurs and dropped out of university to focus on her company. Then came the fateful trip to Silicon Valley.

“It hasn’t been easy,” she says. “There was three years between that first pitch and actually landing investment and we had hundreds of rejections. But that was really helpful, because every time we got a knock back and understood why people wouldn’t invest, we changed and revised our pitch. Failure was never an option.”

In 2013, with $3 million in backing and former Google executive Cameron Adams on-board as a co-founder, the trio were able to execute their strategy quickly and effectively. Today, Canva has 300 employees and 10 million users across 190 countries working to create everything from presentations to design handouts and more. Its drag-and-drop approach means 13 designs on average are created on Canva every second.

“To build a startup, you have to run against the grain for years,” Melanie says, reflecting on her experience. She attributes success to the attitude, creativity and problem-solving capacity of the team.

“When people join a startup, they need to embrace change and the chaos that comes with being at a fast-growing company. You want people who thrive in these settings and who are willing to forge their own path.”

Not that she thinks the ride is over yet. “We are continuing to focus on rapid expansion with our end goal in mind,” explains Melanie.

Which is? “To enable the whole world to be designers," she explains with a disarming smile.