Modern Leadership in the Digital Age

Teresa Barreira is the Global Chief of Marketing at Publicis Sapient, helping other companies to thrive in the digital age. She talks about how to be a modern leader, working remotely, digital formats, and what riding a bike and expanding a business in transformation times have in common 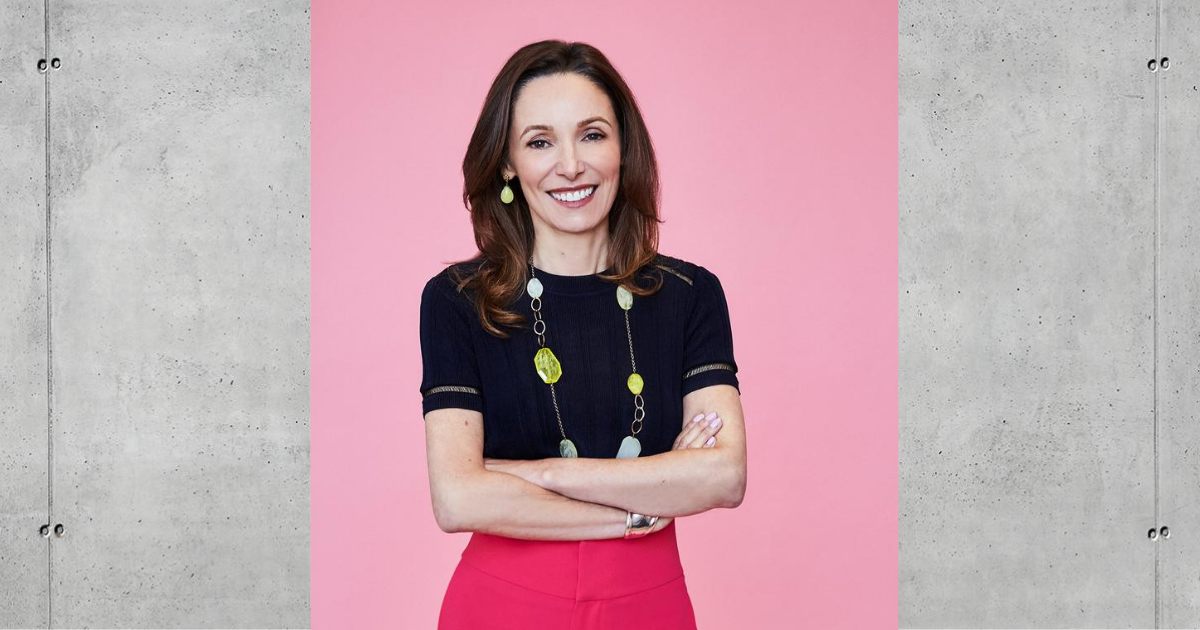 You joined Publicis Sapient two years ago and you look back on a very impressive career. You held leadership positions at IBM, Accenture, at Deloitte. What do you find thrilling in your job now?

The past two years have really been an amazing journey for me, one of the most impactful time in my career and I have loved every minute of it. But the moment that really stands out to me is a brand launch, which we did just nine months after I joined. I immediately knew we had too many brands, it was really daunting. We did the relaunch ‘in-house’, we outsourced our brand to over 100 designers globally and a lot of people from Germany, U.S., UK and India were involved and we had so many concepts that came through. We settled on one and I think it really embodies the whole company, because it has the elegance of an agency, the playfulness of a tech company and then thought-leadership and wisdom of a consultancy. I am so proud, because it was created by us.

Sounds like you’re used to work globally and remotely. Do you feel well prepared in terms of transformation, especially during Corona?

Every company, every institution, every individual has been affected and impacted by Corona globally. And as a result, they all have adapted and evolved. What this pandemic has done for everybody, is that it created the sense of urgency for change that we haven't seen before. Not just in technology, but also in the economy. I think Covid has really been a test and showed us how to accelerate it. So, as a company, our focus has been to help other businesses navigate change and challenges. A lot of the things we've been telling clients for the last five years now is coming to reality and shows that digital transformation is not something you can do part-time. This is the core of your business. This isn't something that is nice to have, it’s a must have. Companies had a rude awakening. I've always wanted to build a team to embrace change, I think change is great! And I believe that if you are a marketing professional today, if you don't have that mindset it's going to be really difficult to be successful in this field. I always say that a modern CMO has to be a great cyclist. Think about riding a bike: What keeps you going is the momentum. The second you stop pedaling, you're going to fall off the bike. Your stability comes from the movement, from continuous evolving. This period created opportunities to test new ideas and programs. And it really showcases the ability to be agile and execute at speed. I always tell my team, it's better to be faster than to be right! The more ‘speed’ we get, the more momentum we get. At the moment there are a lot of things we cannot do, so we constantly have to adapt. And the greatest thing we did was the HOW channel.

A modern CMO has to be a great cyclist. Think about riding a bike: What keeps you going is the momentum. The second you stop pedaling, you're going to fall off the bike.

It's a cool format. It also shows that you wouldn't have started it if not for Corona, so for these creative formats it was an enabler.

Yes. The reason it ‘came to life’ is that we are all at home and everybody jumped on the webinar bandwagon. And I thought that it's a throwback to the 90’s when the webinars were popular. We are now going back to that and I wanted to do something about it, because you can't go back to the past. We have to move forward to the future. And then we realized that videos are the format that works. It can be short and it doesn’t have to be too professionally produced. That's how the HOW channel originated.

The big change is now if you want to interview someone, you don’t have to fly over – there is much more flexibility. And no one is expecting TV quality.

Exactly. People seem to be accepting this level of imperfection. As I said, it’s better to be first than right. Therefore we built a channel as a product that continues to evolve. It will never be finished. It's constantly in beta mode, meaning we built it in twenty two days and our goal is to add new functionalities every week. For example, now we are adding AI so we can provide a more personalized product. Everybody can have their own version of the HOW channel, just like you have your own version of Netflix.

What challenges did the Corona pose on the remote leadership? You built a big project during this time, how did you do it remotely?

At our company we are used to remote work. Nobody is forced to be in the office, although we do encourage people to come in to build the community. And even with my own team, we are very focused on culture and community. We never had a rule that people, especially in marketing, have to be in the office. So it was an easier transition for us, compared to other companies in different industries. Of course, the struggle is that now we don’t have a choice. Now, when you are at home, it becomes an environment where you have to work, be a professional, but also cook, clean, take care of your children. But for me and my team this environment brought a sense of connection, I always used to say that the more digital we become, the more human we have to be. And I think Corona has demonstrated that – I used to travel all the time. Now, I meet with my team every month and we have a Q&A. This way I get to know them at a personal level that I never knew before. So even though we were physically distancing, socially we're more connected. Also, we are now in video calls constantly. We’re literally invited to each others’ homes. To their kitchens, their living rooms, we know their children. I have seen kids running around and joining calls! I think it makes leaders more humble.

Do you think that women might be better prepared to meet these new challenges?

I agree, because a lot of studies have shown that women are much better at problem solving than men and are much more collaborative. In a crisis you need exactly that. And I'm not saying that men don’t have those qualities, but studies have shown a woman's approach to leadership tends to be more collaborative in nature. Having women in leadership is common sense. Every company now knows that. I'm a woman, but I'm also Portuguese. So I have very diverse background, which is an asset for the company as I bring a different experience. Those diverse points of view are what make the organization better.

I'm a woman, but I'm also Portuguese. So I have very diverse background, which is an asset for the company as I bring a different experience.

Luckily we talk about diversity more and more nowadays. However, there’s still a long way, we don’t have parity in cultural, social and racial background. So where do you see we have to do the most, in terms of diversity?

In North America, there's a lot of progress that has been made to address gender diversity and to close the pay gap. But does it mean we are where we’re supposed to be? No. However, having said that, the boards had become more aware. There are even financial institutions that said they were not investing in companies that didn't have women on a board. So there has definitely been an awakening. I think the next decade is going to be all about racial diversity. What happened in the last months has been a wake-up call. Actually, a lot of companies have quotas for gender parity. Some are at 50/50 already! It’s important to also not look for just women, but for diversity within them. Women from different backgrounds, different races. In the United States the Democratic president nominee appointed a woman that is not only black, but she's also Southeast Asian.

This would be a huge step ahead.

Germany is also a great example! You have a woman, a strong and amazing leader.

Yes, at least until next year’s elections. We talked about women and clichés – what do you think is the most popular misconception about gender and female leadership?

That women leaders are weaker. It goes back to the perception we just talked about. That woman are more collaborative, and some people might confuse that as being weak. Which, in the end, is the better way to lead. The other thing that comes to mind is actually from a movie ‘Devil Wears Prada’. Women that get to very powerful positions can be perceived as cold and demanding. Even your own chancellor is getting criticized, because of the lack of smile. Why is it just women who have to smile? When a woman leader stands up she is called cold, but her male counterpart is perceived as powerful.

We all have to be learners for life. That's part of evolution – and it requires learning, unlearning and re-learning.

What would you say is the most important thing for young women when starting a job?

You have to be in charge of your career. It's great to have mentors and coaches, but you have to own it. It's your career and you should decide about it and lead it. The second thing I would suggest is to look for opportunities. Take risks. Careers are not linear. The way of working has evolved and there are now many different ways and approaches. We all have to be learners for life. That's part of evolution – and it requires learning, unlearning and re-learning. Marketing used to be a very process-oriented discipline. Today it is not. There are behaviors that we have to unlearn.

That's an interesting aspect. Not only you have to learn new things, but you have also to unlearn the old patterns.

I always say this: What is the biggest challenge in my profession? It is not the capabilities, not the skills, it's mindset – the mindset to change. And the digital world is all about that.