Helen Anderson has been part of the YouTube scene for over 10 years. Her fashion and lifestyle channel gained an audience of almost 600,000 subscribers. She talks about her journey with the platform, judgment that comes with it and shares tips on how to be successful 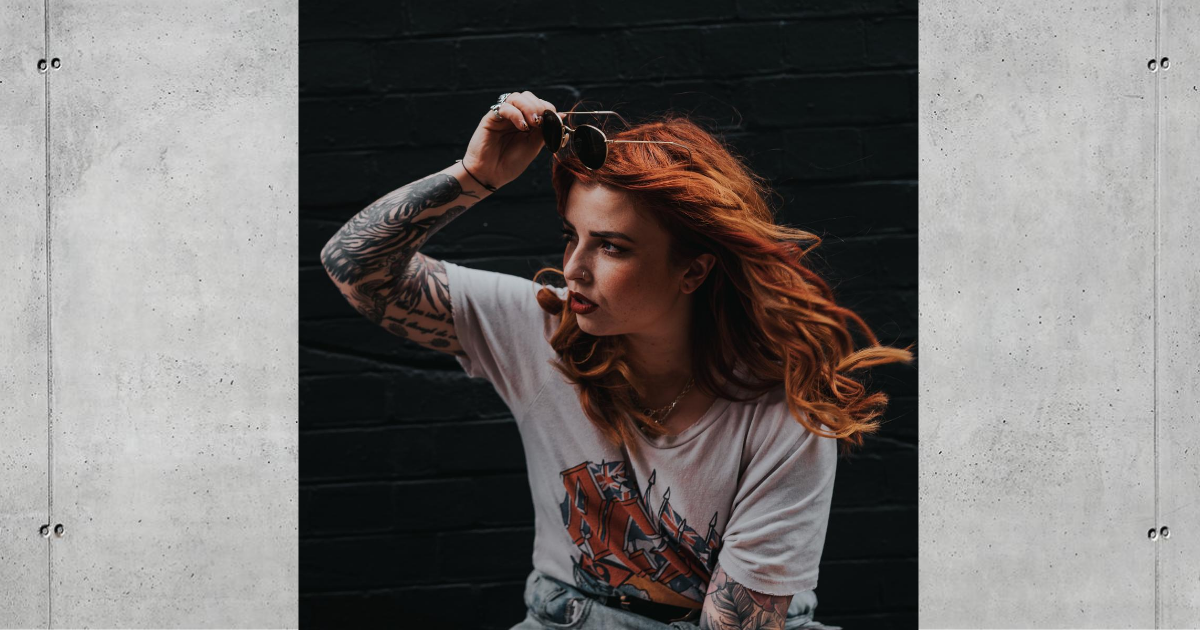 At which point did you realize that being a YouTuber can be a career?

I think it was when I first got paid by AdSense. I remember saying to my friends that it would be funny if I could pay my rent with this. And then I kept it up as a hobby, I was posting regularly and the audience kept growing. Back then I was still working full-time, but it got to a point where I realized that I'm actually earning enough through AdSense to pay my rent.

How long did it take? At which point did you think of quitting your ‘normal’ job and turn to YouTube full-time?

It was just when I felt comfortable enough to quit. Of course, it wasn't just AdSense that played a part in that shift. I also got signed to a management and they were taking care of brand deals and opportunities for me. When it got to the point that I knew I could sustainably keep it up, I’ve decided to quit my job. I had to be sensible, I didn't want to just quit and then find myself in a position where I couldn't support myself. And it was also a lengthy process – I first reduced my hours at work from full-time to two days a week, just to test the waters. And then I completely quit.

Was it scary to move on from a stable job and do something that was still so new?

A little bit, but it was more exciting to me! YouTube gave me all the freedom I could have wanted and it was scary, but at the same time really wonderful.

Looking back, I could have taken up different opportunities, but I'm glad I didn't, because it wouldn't have been authentic.

Doing YouTube as a job is not just filming and editing videos. It comes with so many tasks and skills – how did you manage that?

Creating the videos wasn’t new to me, because I had a film degree. For me, what was new was the actual world of blogging. Being a YouTuber was already a ‘thing’ when I started, so there were some very well established people out there. But the whole concept of YouTubing and Blogging was alien to me at that point. So I just did my own thing for a while and then I picked up skills and knowledge along the way. I wanted to be the part of community, but at the same time I have always been this ‘rebellious type’ and I didn’t want to conform to the kind of ‘normal’ YouTube standards. I've never been a trend follower or eager to jump on bandwagon. I did some YouTube 'tags' here and there and it was fun, but the concept of winging it or going with the flow was always more appealing to me. Now I think that if I had played ‘by the rules’ I probably could have really utilized it and potentially be more successful than I am today. Looking back, I could have taken up different opportunities, but I'm glad I didn't, because it wouldn't have been authentic.

Your style is more bold, colorful, personalized – more authentic than what you see on other channels. Was it important to you to create that?

It wasn't even about having a brand, it was more about not being the same as everyone else. Because even throughout life, I never wanted to mold myself into a certain standard. I've never purposely wanted to be different, but I never felt comfortable conforming or being a ‘sheep’ following the crowd. So whenever I posted a video or did a project, I didn't think how other people would judge that. In some ways I got inspiration or ideas from other creators, but everything I did in my career I did how I wanted and how I felt comfortable doing it. I just didn't want to blend in. I think being authentic is very important in this industry.

Do you consider yourself as an influencer? What do you think of this notion?

It holds so much weight, because a lot of people think that when you are an influencer, you have this public responsibility to be the best version of everybody in the society. And yes, you obviously influence people with, for example, what to buy. But in terms of living your everyday life, sometimes it feels that you have a responsibility to do X, Y and Z or otherwise you are failing or you are not setting an example. Just because people choose to watch my videos or follow me on social media, it doesn't mean that I'm all of a sudden a superhero. I do agree that if you have a lot of reach, there is an element of responsibility. But equally, you can't be a superhuman and I think that’s the general misconception that people have about ‘influencers’.

To be honest, it's mostly women making judgment on other women.

Being a YouTuber also means letting people into your life and being exposed. How do you deal with that, especially as a woman?

To be honest, it's mostly women making judgment on other women. I used to deal with a lot of comments on my appearance – my hair, makeup, how I dress, my weight. Now I'm over it. But if you do look at gossip websites, they are full of really mean comments and judgements. I don't tend to visit those pages, but I think it's really disappointing that women can be so critical of people they don't even know. And it's so difficult in a world where everybody is trying to promote anti-bullying, being kinder to yourself and each other, to spread positivity and yet there are still quite a lot of people who just love to hate. I'm now more numb to it than I was, but it's disappointing that in this day and age, people are still making such mean comments.

Nowadays a lot of people, especially younger ones, are starting channels with the awareness and hope that it can become a career. Do you think that that's changing the YouTube scene?

I think there will always be people that are going to be fake and take advantage. But oftentimes it's very transparent as to who those people are. A lot of YouTubers will grow an audience and then they will try and sell something to their followers and that’s all they do, without offering anything else. I think there's a real difference between making something that's really genuine and unique to you and something that your audience would expect, rather than just trying to make money by selling literally anything. I think it’s really important to be careful with those business choices, because I don't like seeing people abuse their position. Don't get me wrong, some people have a lot to offer and put so much hard work into what they do. But there are also some that seem to just hop on the influencer bandwagon and then just sell anything. It has to come from the right place.

Is there anything that you wish you knew when you started?

I wish that I put less pressure on myself and wouldn't compare myself to others as much. Be creative from the beginning, don't feel like you have to follow the certain format all the time. I now actually don't care about views or 'click baits', if I want to do something that feels right to me, I will do it. I wish I had more of that kind of mindset, because I think there were opportunities where I could have been more creative. Just do you.

Do you have any tips for someone who is just starting?

I actually teach as well and my students ask me this all the time. What I say is: Do it for the right reasons. Don't go out with the intention of being a big famous YouTube star. That's not a reasonable excuse to start. You have to have something unique or useful to offer. Use YouTube or blogging as a platform to showcase something that you actually have knowledge about. Don't think about trying to make it big, because a lot of people get frustrated: "Why am I not growing? Why I don't have this many views?". You're focusing your energy in the wrong area. You should pay more attention to your content and the quality. Just be patient with it!

Being a public person at the moment on the Internet can be quite difficult.

You are doing a lot of things besides YouTube, including teaching. What are your plans for the future?

I think in the future I will be doing a lot of different things. I'd like to step into the podcasting world. I also want to release new music. I'm not sure about the future of YouTube. I think I'm still going to continue it, but I’ve been doing it for such a long time! Being a public person at the moment on the Internet can be quite difficult. And I don't know whether I want to go into my thirties with those same worries and stresses and anxieties of the judgement that it comes with. Even though I love doing it! I still want to be creative online and hopefully empower and inspire people. I'm just thinking of other fun projects to do and to deliver what my audience wants, but maybe not on such a personal level.