A new policy for a new era: Valentina Daiber, member of the board of directors at Telefónica Germany, talks about CDR and the significance of sustainability – and why from this year on it’s even linked to the company’s bonus system 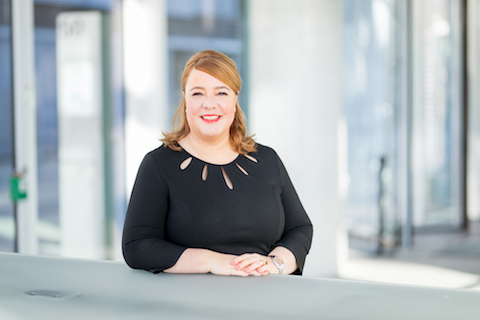 Both include the voluntary commitment of companies to sustainable management. CDR is a further development of CSR for the digital world. And, from my point of view, sustainable management is enormously important in the digital age. There are several aspects to this: on the one hand, it is about making participation possible for all people. On the other hand, it is important to make the amazing opportunities offered by digitalization transparent. And if I run a company which has a digital business model, I need to pay attention that these points are considered . And thirdly, to not forget the risks and drawbacks that digitalization entails. These are the three core areas.

Enabling everyone to participate is an ambitious goal. According to one study, 16 million Germans are digitally illiterate. What do you do with them?

It is important to get closer to the goal. And that's certainly a task for society as a whole; one person alone won't manage it. Politics, society, business, and science are needed. Everyone has to decide for themselves what contribution they can make. We see ourselves as a digital company in a leading role, and we want to take as many people as possible with us on this journey.

Could you give some examples of how this can be achieved?

In our 'Think Big' project, for example, we work together with the German Children and Youth Foundation to inspire young people to use digital media but also to encourage them to think critically about it. In addition, of course we have a huge target audience - these are our customers. Half of the population makes phone calls on our network. We have trained so-called O2 gurus who are very knowledgeable about all kinds of special topics. In contrast to the customer advisors in the shop, they are completely free, so they have no sales pressure. And then, with the 'Digitale Chancen' [“digital opportunities”] foundation, we have the 'Digital Mobil im Alter' [“digitally mobile in older age”] project, which specifically addresses the target group of senior citizens. We have been cooperating with them for many years. Basically, we can cover the entire spectrum: from young people in school to the broad spectrum of society and the group of senior citizens. Will this solve all Germany's problems? Certainly not. But I believe that making such a contribution makes the world a bit better.

For the first time this year we have integrated a bonus system for executives that is linked to the achievement of goals such as sustainability, diversity, or environmental goals.

And yet all this remains on the basis of a voluntary self-commitment. In contrast to laws, this has no binding force.

I would like to put in a word regarding voluntary action because we regard CSR and CDR as important building blocks of our corporate philosophy and for them we’ve drawn up a long-term plan. The so-called Responsible Business Plan runs through all areas of our company and defines very concrete goals for a period of several years, with very concrete KPIs. And we measure ourselves against these goals. We make the achievement of the targets transparent in reports, and they are also audited. Clearly, if you don't achieve your goals, the world won't end. But you have to see it against the economic background; that there are investors who also look at such issues. In addition, for the first time this year we have integrated a bonus system for executives that is linked to the achievement of goals such as sustainability, diversity, or environmental goals. In other words, the issue has now reached the management team. You have to start at the top.

Now it's one thing for a digital company to keep pace with the speed of digital transformation. Can the state keep up at all in regulatory terms?

That is indeed a huge issue. The dynamics with which the digital world is changing are growing all the time. In fact, legislation can hardly keep up. That brings us back to this area of voluntary commitment. You can certainly act much more quickly and you can also see that there are now many initiatives with which the Federal Government of Germany is trying to bring companies together in such places. In my view, this does not mean that it should not be regulated by law.

Let us take the example of the GDPR: we complained a lot last year, and it is certainly a regulatory monster. But we managed to gain a ‘level playing field’, at least in Europe. We have harmonized the data protection regulations within Europe. That does us little good with non-European companies, but we still don't have a global solution, which is a very challenging task in the political situation. It is really hard to bear that, for example, American companies that operate in Germany and earn their money in Germany are subject to different regulations than European companies.

Can this also provide us with advantages in the medium term, so that responsible handling of data can become a kind of USP?

A commitment to values can be very helpful for companies in their relationship with their customers. If one does not only commit oneself to a common basis, but also goes one step further and voluntarily commits oneself to even higher standards, this is, in my opinion, an enormous competitive advantage. Trust is the highest good in relation to the customer. Especially in the digital world.

You are a corporate lawyer – this is an enormously exciting time with exciting challenges for you...

Absolutely. Personally, I find it incredibly interesting how the sustainability issue has developed. I remember the first time we were confronted with it in 2001. At the time, our company O2 was a 100 per cent British company with the parent company in London. And then from the island that term sloshed over to us: Corporate Responsibility. At that time it was still treated a little half-heartedly, according to the motto, "Okay, that's what we have to do now." And now it's part of common courtesy. What major significance this term has today! And not just for a small group of specialists. No, it is really driven by the need for trust, by this need for sustainability. Its importance can be seen in two parameters: its relevance on the financial markets and in the executive floors of companies. I am very pleased that a new awareness has finally emerged here.

We need to discuss the opportunities offered by digitization more. What enormous potential there is in data exploitation and big data.

How can this awareness and optimism be passed on? And also to convince those portions of the population that are more inclined to pessimism?

We need to discuss the opportunities offered by digitization more. What enormous potential there is in data exploitation and big data. And you don't even have to go into the medical field, telemedicine, or remote diagnosis to have very tangible implications for improving everyday life. For example, by using the analysis of data for traffic planning to prevent traffic jams and reduce CO2 pollution.

The mobile phones and smartphones in our mobile network, for example, generate over five billion data points a day. With their analysis, we have supported projects by partners such as Fraunhofer IAO and local transport companies that serve to optimize traffic in Hamburg, Stuttgart, Nuremberg, Munich, Berlin, and elsewhere. The mobile phone data is anonymized using a three-step process certified by the German Technical Inspection Agency (TÜV) in such a way that it can no longer be traced back to individuals. And yet with us, every customer can always decide for himself whether he wants to participate in such analyses. Although the legislation does not require this at all, because the data is anonymous.

These are issues that we should make people much more aware of. To give them the certainty that their data is in safe hands and that they always have transparency about what is happening with it. But also to get them excited about how the intelligent use of data can have a positive impact on society. Who would say “no”?

Telefónica is part of the CDR Initiative, with which the Federal Ministry of Justice and Consumer Protection (BMJV) together with companies aims to promote principles and cornerstones for responsible action by companies in the digital world. The CDR Initiative has set itself the goal of developing standards and concrete solutions for sustainable digitalization. Additionally, it is intended to increase the visibility of the subject in the public eye and on the part of companies